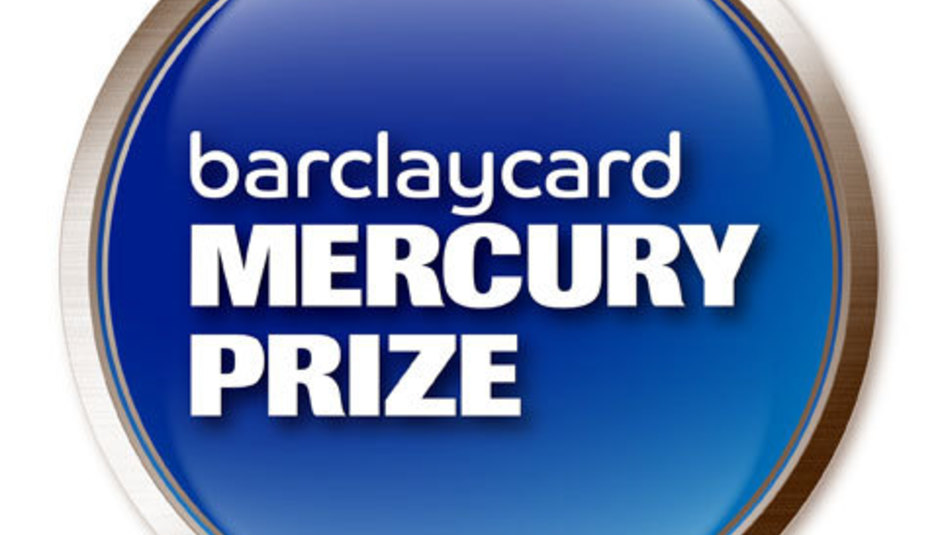 So it begins. The elegant setting hides a seething battle, one that decides who, in the pedestal-clambering opinions of the shadowy judges, has crafted the best album in the last 12 months. The shortlist has been discussed, disseminated and dismissed since the announcement a few months ago and, right on queue, there's been some timely controversy just a few days before the winner is announced. Similarly to his Brit Award victory a few years ago, Paul Weller's odds at the local bookies were sliced dramatically as a huge bundle of bets were allegedly cast for the Modfather. Frankly, we're not bothered about those sorts of things as long as the judges have a really good reason for choosing who gets the prize money and, Mercury curse notwithstanding, the expected sales boost. Personally, I want Wild Beasts to win with their exceptional Two Dancers, an album that captivated me for the final three months of 2009. There are other worthy nominees too, with Laura Marling, Kit Downes Trio, Biffy Clyro and Foals standing out as deserving it, not just for current releases but also for the hard work they've all put in for years. Which is perhaps where Paul Weller's sudden surge in popularity comes in. An album that has been more critically acclaimed than any record he's released in the last ten years, Wake Up The Nation is being seen as the best, and perhaps last, chance for the former Jam and Style Council leader to be rewarded in this way. Why this is necessary is beyond me, good album or no.

As we settle down for this black tie soiree, my laptop screen glows at me mockingly, awaiting something fairly interesting to happen. What are the chances? This evening, fairly low but at least the performances are guaranteed to be exciting...

And nothing happens. Wi fi access is impossible. Brilliant. After getting bottled beer bought for me at the rather inflated price of £7 each, I finally cave in and pay for 24 hour access. So here we go:

19:17 Hidden bottles of liquor are pulled from bags upon the balcony. We've just seena quickfire set of performances from the three favourites: Paul Weller, Wild Beasts and The xx. There now seems to be a lull, which has allowed me to crack this hermatic, sealed room where phone and text is unavailable and twitter is only able to seep through on an Android phone. It's like being a spy.

19:35 Flown through 'The Captain' by Biffy Clyro - no one will rock out harder - then Dizzee Rascal's enthusiastic entourage and Laura Marling, with THAT haunting voice, doing I Speak Because I Can. A few words of acknowledgment is all that's needed after that. What they were, I couldn't say. She has such an airy voice. sigh

19:47 All is quiet apart from the incessant, and no doubt riveting, chatter on the tables below me. There's a stage being made to my right. Some ladies to the right of me are planning something. I heard the words "You may get kicked out!" whispered fervently. I am now very intrigued. Jools is back! Best have a quick listen.

19:50 I Am Kloot are playing and everybody seems to be ignoring them :( Except the ladies next to me. They cheered the loudest and are rapt in their attention. Maybe they were worried about being fans and yelling too loud for the ultimate underdogs? They just asked if they could be on Jools' show. Amazing.

20:00 Corinne Bailey Ray is Corinne Bailey Ray. Kit Downes Trio putting on an INCREDIBLE display now. A great album. An excellent performance. Time signatures are split like atoms. Technicality is equal to passion. No one here gives a shit. SURPRISE.

20:12 Boring downtime again. Awaiting Foals, Villagers and Mumford & Sons. Nodded to Yannis earlier and wished him good luck. Yeah. Everyone's gone smoking. The balcony is pretty lacking in action. May have to find some. Maybe the bar, where bottled beers are SEVEN POUNDS.

20:20 Foals are about to finish 'Spanish Sahara'. I could throw various cliches at it, but you know how it sounds. Yannis mentions the success they've had this year but in that humble, downcast way he has which is pretty charming but sometimes mistaken for aloof. And now Villagers.

20:27 I enjoyed Villagers. Yes we all know that his namesake was there first, but when HASN'T there been inspiration/blatant copying in music? It's always been there. Let's get used to it. Still probably the fifth or sixth best album on the list, so don't think I'm all excited by him or nothing.

20:35 Time to find a pub? Winner announcement at 10:30. Follow my twitter here www.twitter.com/artbaretta for descriptions of the alcohol I'll be drinking. People are now clapping along to an acoustic Mumford run through. DEFINITELY PUB TIME PEOPLE.

21:58 Been talking with Toby from Transgressive about their next year's releases, including Mechanical Bride. Toby seems very excited about the releases they're planning. So that's GOOD news. In Mercury news, we've heard a shout out that we've got 15-20 minutes before the big announcement. As a general observation, there's a hefty amount of 'plain clothes' going on here. I'm more formally dressed than a lot of these people. Also no one has any idea who is going to win. There's been a lot of respect given to Bailey Rae. But frankly, everyone's given up trying to call this thing. It'll be a surprise whoever wins now.

22:25 Hope everyone listened to me two months ago! "Everyday we've woken up to something incredible." Yes you have The xx.

Listen: Gigantic compilation of Sub Pop's songs of the '90s