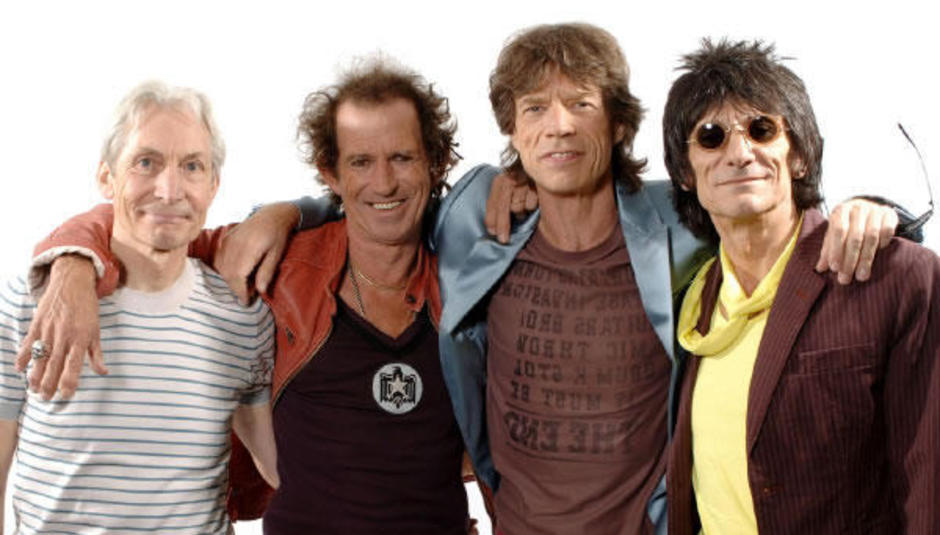 Last week's chart news thingamy was the first for quite a while. This one obviously isn't. Though there's perhaps less 'indie' interest than last week (Foals, National etc.) Still, there arrives good news in some ways that The Rolling Stones have clocked up another UK number one album. We say another, but it's not really 'another' in the truest sense of the word.

Exile On Main Street, originally released in 1972 as their tenth studio record, has topped the chart once again, this time with a re-mastered reissue which also includes ten new tracks from varying sources. Some outtakes are also featured on the record. It also happens to be their first number one record since waaaaaaaaaay back in 1994, when they scaled the heights with Voodoo Lounge.

Elsewhere in the chart, LCD Soundsystem's This Is Happening scraped into the Top 10, at number seven. Top 10 albums below:

In other Rolling Stones related news, the band have denied that drummer Charlie Watts is leaving the band according to NME.com. Not for the first time, though. A spokesman for the group said:

"Contrary to a fabricated and ill informed report that appeared yesterday on a small music website in Australia, we would like to make it clear that drummer Charlie Watts has not left The Rolling Stones."

"Charlie is currently being interviewed by the media promoting their latest project - the release of the album 'Exile on Main Street' and the forthcoming film Stones In Exile, released on DVD next month.’’