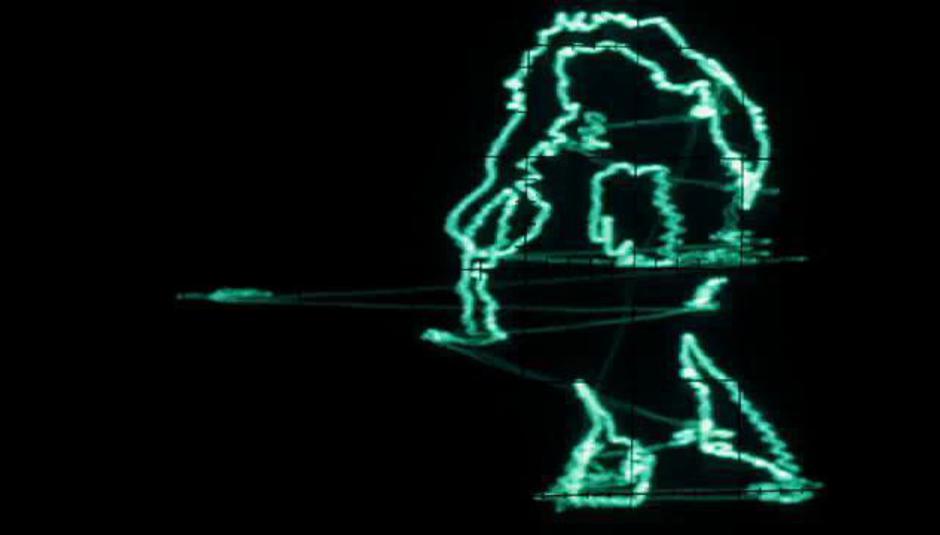 Watch: Born Ruffians - 'What To Say'

Did you ever use an oscilloscope in school? You must have done. Even my school had one. They got me to blow the trumpet in front of the whole class to demonstrate how it works. True story. Now Canadians Born Ruffians have taken the use of this sonic instrument to new levels in their video for 'What To Say'.

It's not entirely clear how to describe it - or just how it happened, but the images and outlines contained in the clip all come from an oscilloscope and some other new-fangled device which can translate a straight line into something more discernible. Erm, I think you're just going to have to watch it. Do so below:

The video is a collaboration between director Jared Raab and computer programmer and sometime artist Rob Bairos. Raab explained:

"There was a great deal of trial an error involved in finding what worked and what didn't. We were constantly experimenting to try to make the best use of the scope's eccentricities."

The single itself is out on May 24. That is followed by an album, Say It, which comes a week later through Warp. All of that is preceded by a UK tour, in May. Dates for this below: