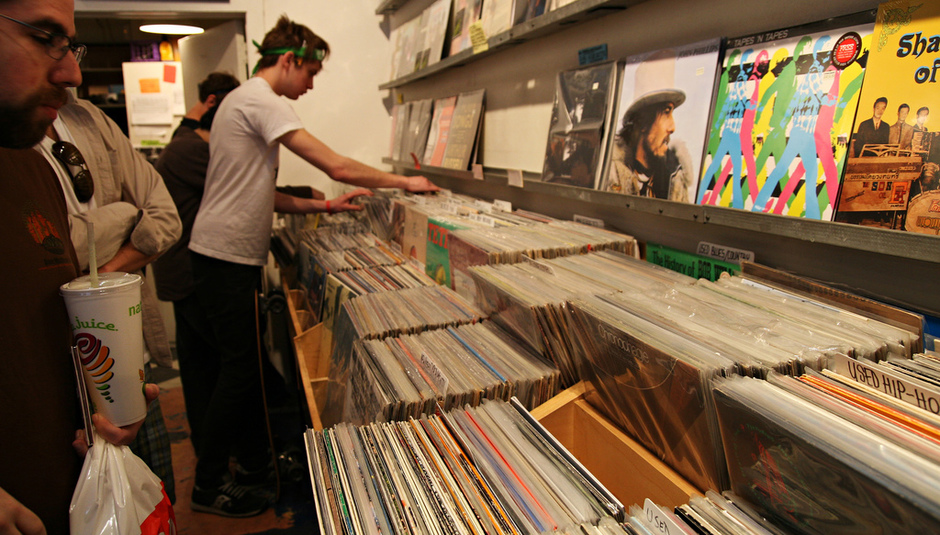 You hopefully won't have failed to notice 2010's Record Store Day, which took place on Saturday, April 17. Maybe even some of you went out and bought some records or saw some acts play in a record store.

The good news for fans of independent shops is that sales of records on this day have doubled since 2009, with many stores experiencing their best day for sales yet, which is heartening. Up for grabs in various retail outlets on Saturday were limited edition releases, the most prominent of these being Blur's new track 'Fool's Day', of which there were 1,000 copies, all to be found in the UK.

“Record Store Day is absolutely the best way to celebrate record store culture around the world . It has been amazing to see the genuine public warmth and excitement created by the event. In just its third year RSD has become the UK’s biggest music event after the BRITs and Mercury Music Prize.”

“If anything, these figures understate the huge upturn in sales. We had 800 people queuing when the store opened, and we were so busy in many cases we didn’t even have time to scan the barcodes. Percentage- wise we were up 633% week on week and 340% up year on year.”

All good news, you'd think. But not everything was a total positive as - somewhat inevitably - people who bought exclusive limited edition releases ultimately put them up for auction on websites like eBay, for figures well above their retail price. I saw a Blur 7" going for around £250 on Sunday, though heaven knows what it went for in the end. Indeed three unnamed record stores have been banned from future Record Store Days for diverting such releases from general sale.

What did you get at RSD 2010? Buy any shiny collectibles? Flog anything on eBay you money-hungry unspeakables?