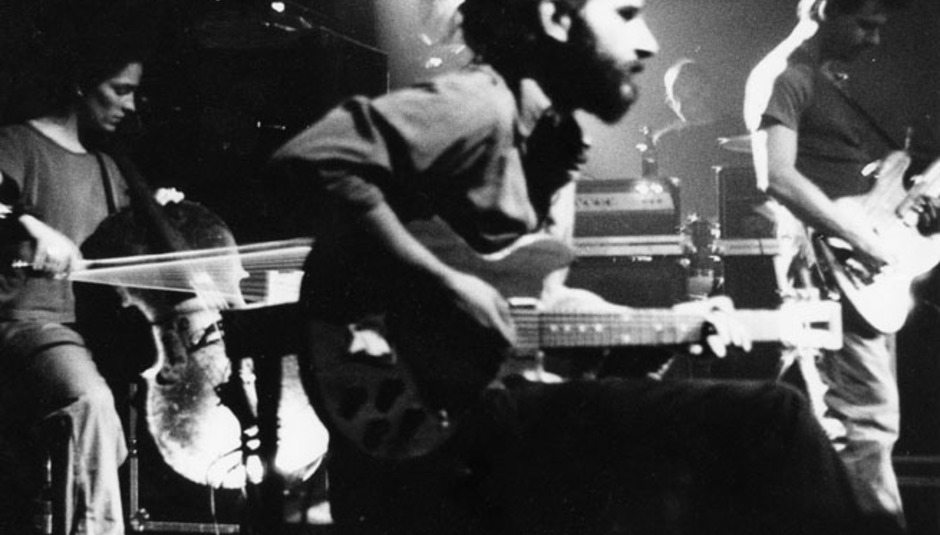 Well, I've stayed up about 20 minutes past my usual bedtime and heaven knows some of you hard working British (and non British) people have too. I have no idea what the rumours floating around were saying, but I hope none of you are disappointed by the announcement that Godspeed You! Black Emperor will curate All Tomorrow's Parties' first December weekend for 2010, more commonly known as The Nightmare Before Christmas. Yes, they are back in action.

Yep, who saw that one coming? Even those of you who guessed may be a little surprised, right?

The band also released this statement:

after a decade's retreat, god's pee has decided to roll again.

we are, as always, stoked, stubborn and petrified.

between now and the live-dates, there'll be rivers of noise and distraction. and the internet is a petty tyrannical monster. please remember that really all that matters is the keep on keeping on. and all that really matters is the shows. and physical engagement in the world. and folks like us and folks like you. thanks for understanding, and thank you for still listening.

see you next winter.

Full statement can be read here. There will also be a few European and UK shows. Goody. The Nightmare Before Christmas, curated by Godspeed, will take place from 3-5 December 2010 at Butlin's, Minehead, and will feature around 40 bands hand-picked by the curators.

The line-up so far, other than the curators, includes:

Tickets for the Godspeed curated ATP go on sale on Friday April 9 at 9AM, get them from here. More details about it all also here.

"Godspeed performed at the Bowlie Weekender as well as at some of our early ATP festivals, and so we are very proud to have one of our favourite bands back after a long break to conclude our 10th anniversary along with Bowlie 2."