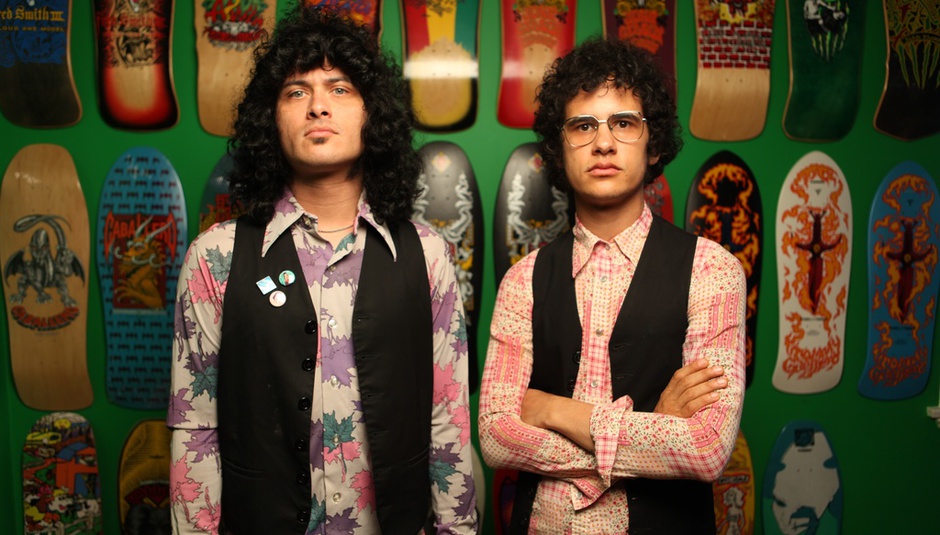 I don't know, you spend all your time waiting for a film to be made by a semi-famous musician and then two come along at once. It's always the way. Yesterday we had Pianomeister Chilly Gonzales starting work on his movie about chess and today? It's the turn of Mars Volta man Omar Rodriguez Lopez, whose feature-length film is called The Sentimental Engine Slayer.

The news here is that this film, written by ORL, will make its North American 'debut' (I prefer premiere myself...) at the Tribeca Film Festival in April. You may be surprised to know that this is not Rodriguez's first movie as a director, having made two previous, unreleased, films in A Manual Dexterity, and Letters From Distopyia . So, um, maybe it'll get a European release some time soon?! OK, maybe not, but the the internet is a wonderful tool which makes many things possible...

It's far too early in the morn' to be re-writing descriptions of films I know little about, so I'll just furnish you with the necessary details from the press release, below:

The Sentimental Engine Slayer tells the tale of the overdue coming of age of a 20-something misfit named Barlam. Set against the backdrop of drug-addled suburban El Paso sometime in the not-too-distant future, Barlam's awkward transition from boy to man is as much the story of struggling to find one's essence in a world of stereotypes as it is an indictment of the distorted reality of family life in the disengaged 21st Century.

Which certainly sounds like something he'd write. The film will have four screenings at the festival, and more information can be found here.

Watch the trailer for it below:

P.S: Cedric is absolutely nothing to do with this film, it's just that our image uploading system ist temporarily kaput, so we can only use images already in the database. There weren't any of ORL on his own big enough that we could use. Sorry.