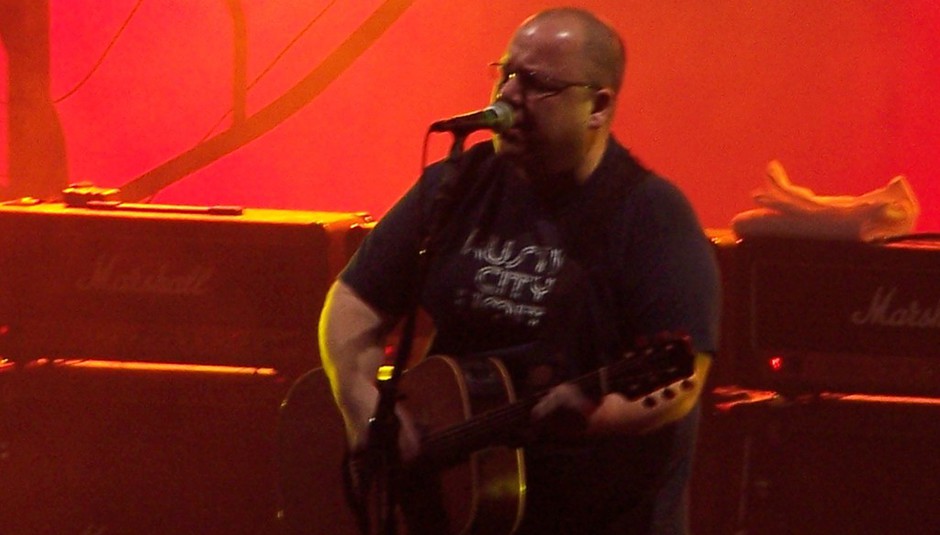 Godfather of many things and general all-round leg-end Black Francis/Frank Black will be releasing his new solo record in the coming months. It'll be something like his eighteenth solo record since Pixies broke up. Man's a machine.

Anyway, the record is called NonStopErotik and will be released through Cooking Vinyl on April 5. The LP was recorded partly in Los Angeles, partly in London, with the rest done in Brooklyn. The album was produced by Black Francis himself and Eric Drew Feldman. The pair previously worked together in Pixies as well as for Frank's first two albums, the self-titled debut and Teenager Of The Year.

Black Francis gives his full run-down of the album below. Long, it certainly is.

I finally came into possession of an old guitar someone had given me at a nightclub in San Francisco awhile back; Eric Drew Feldman had been holding it for me there on Haight Street. He convinced me that it looked cool (it was black) and had been given in the spirit of benevolence. Every time I picked it up a nice chord came out and so I lovingly cleaned it with red wine in the dressing room the following night and began to write.

I told the tour manager that we would drive in my Cadillac directly to a recording studio in Los Angeles (and could he book one, oh, and a rhythm section, too?) from the gig in San Luis Obispo which would put us at the studio at about 4am. It all happened according to plan and we cut the initial tracks there in the wee hours over a few days, and then moved on to an equally haunted studio in London and Eric Drew Feldman joined us there and we finished the record in St. John's Wood. Like I said the studio was haunted and I wrote many a couplet by candlelight in the studio accommodation, slept very little, and only felt the need to get the fuck out of there fast on the last night. The spirits had not ever bothered me, other than low drama moral support, but I was informed that they had heard enough and it was time to move on; plus I had a gig in Ireland.

When I was a boy the plant we boys called a fern was code for vagina, and to this day I love fern plants. In my heart the vagina is almost everything, and almost everything else could be summed up in what cock and seed have to offer; and everything else? The love of the father, dead or alive, the pain of too much pleasure, till death do us part, the voice of another song man from the other side, with or without God, Teri and the Possibilities, where ever you may be, the smell of sex in the air, seduced, slain, on my knees in prayer, sucking at the only thing that matters, my own personal Meret Oppenheim, I am Man Ray and I want you and to be all the way inside you, the cameras whirring as we put some elbow grease into the scene, the audience watching us in the dark.

That's some pretty graphic shit, there, Francis. It is highly likely that he'll ever be able to top Los Angeles, but we can only live in hope.