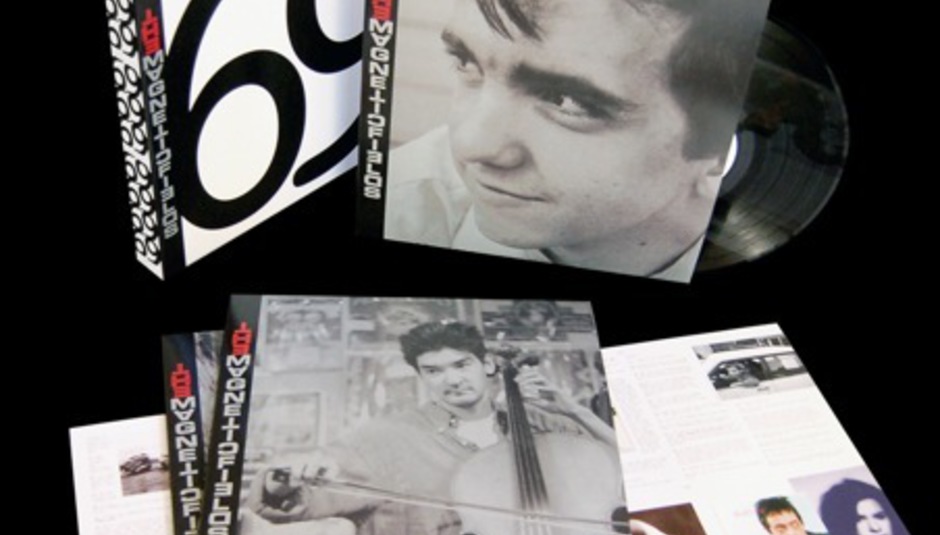 Not content with returning their tenth studio album in recent weeks, The Magnetic Fields have just announced that they're going to release their SEMINAL 1999/2000 triple album, 69 Love Songs on DELUXE VINYL. Just in case you aren't aware of this album's near-unrivalled greatness, then listen to some of it here. If you're not blown away, I don't ever want you to make yourself known to me.

According to the reliable source of music news that is Pitchfork, the deluxe vinyl package will be released on April 20, via Merge. The box set will contain remastered version of all 69 songs, spread out over SIX whole 10" records, ALSO including a 10" version of the booklet which came with the original record. As is usually the way with these vinyl releases, there will also be an MP3 download code/token. We hope this is going to be replicated in the UK. Properly.