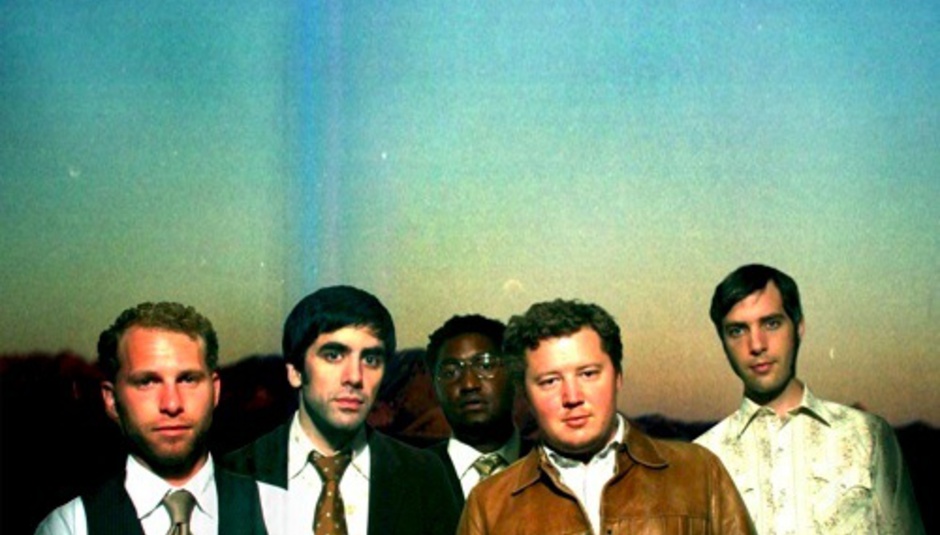 I saw Portlandite folkists Musee Mecanique at The Luminaire a few weeks ago. Now, for those who have been to that particular Kilburn-based venue, you'll notice the signs telling you to shut the Sam Hill up when bands are playing, which is fair enough, even if it does create a slightly paranoid, stiff atmosphere about the place.

Now, seeing THIS band play, I was a little worried that my jaw hitting the floor - or perhaps more accurately the drool slopping out of my mouth onto the floor - would make an uncomfortably large thud. Not quite, but so good they were, it was always a thought playing heavily on my mind as one of them played a saw, turning it into a musical instrument.

Anyway, we've got the new video - a premiere if you will - for 'Like Home', which is taken from their forthcoming record, Hold This Ghost, though it has been out in the US for some time. The single will be released on MONDAY. This coming Monday. On Souterrain Transmissions. January 25.

Animal Collective, Bat For Lashes and Florence up for Brit Awards