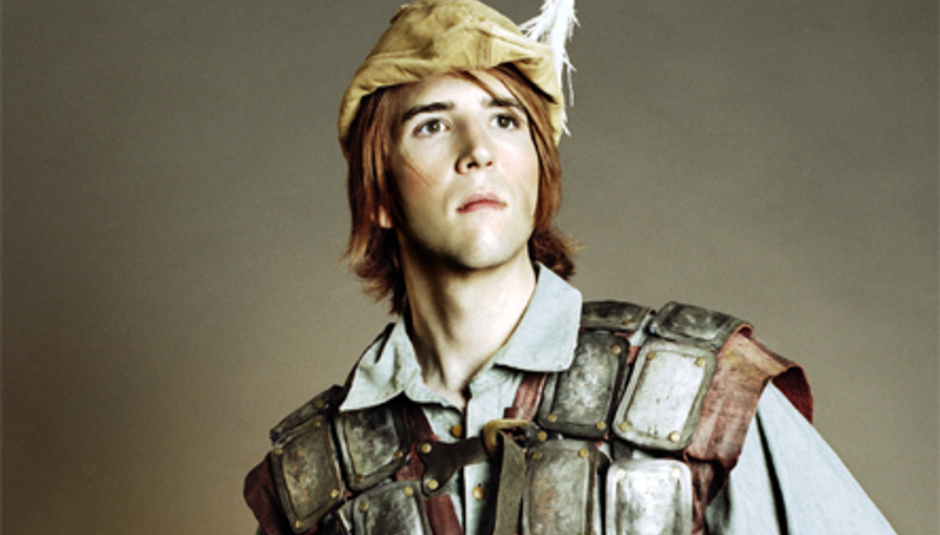 Earlier in the year we told you about Owen Pallett a.k.a Final Fantasy's forthcoming new album, which was to be called Heartland, and to be released via Domino on January 11 next year.

That's still the case, but the update this time is that Domino have made available a track from the album to DOWNLOAD ENTIRELY FREE OF CHARGE. The track is called 'Lewis Takes Action' and, in case you were wondering, is the fifth track on the record.

All you munchkins need to do to download the song is visit this site enter in your details, and follow the very easy instructions. You'll also be pleased to know you'll be entered AUTOMATICALLY into a competition to win a limited edition (1 of 25) signed 7" singles.

Click below to hear it without downloading it, via the medium of an embedded SoundCloud widget.

Said Pallett of the album:

"The songs themselves form a narrative concerning a farmer named Lewis and the fictional world of Spectrum. The songs are one-sided dialogues with Lewis, a young, ultra-violent farmer, speaking to his creator. The album was compositionally modeled upon the principles of electronic music. The principles of analog synthesis informing symphonic writing, like an inversion of a Tomita record. These songs, too, were designed to be as dense with polyphony as the Final Fantasy live shows can become. While writing it, I kept an image in my head of putting so many notes on the page that the paper turned black. This record encapsulates a whole year of work for me, and was difficult to see through, but I'm immensely proud of the results. I hope you enjoy it."

So there. He plays The Union Chapel on January 25, with further dates for March next year being announced VERY SOON INDEED! HOW COOL!