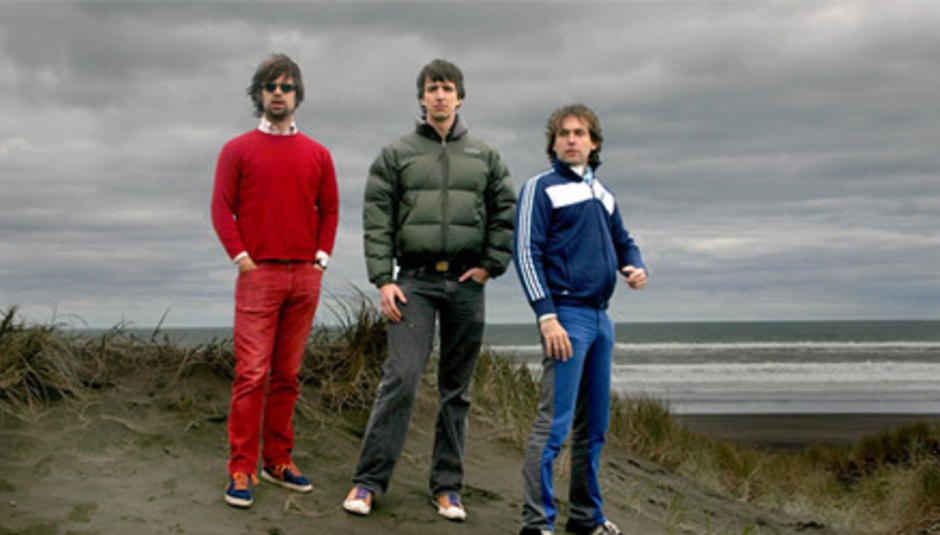 The bloody near-marvellous Trans Am release a live record on November 30, called What Day Is It Tonight?, through Thrill Jockey. To celebrate that very release, they've also let into the internet's ether a video of them doing their synth-heavy stuff live, performing 'Futureworld'. Very blue it is, too.

Trans Am - Futureworld live from Thrill Jockey Records on Vimeo.

The live record charts and marks their tours from waaaaaaaay back when in 1993 to almost the present day. There's a DVD that comes with it, which features a whole set's worth of songs from various shows from around the world, backstage footage and all other bits and bobs that you tend to get on these live music DVDs nowadays. There's also two FULL live sets, one from Chapel Hill in 1993, and one from their 2004 tour in Germany. It's on double LP, packaged with the DVD and is limited to just 1,500 copies. Exclusive indeed.