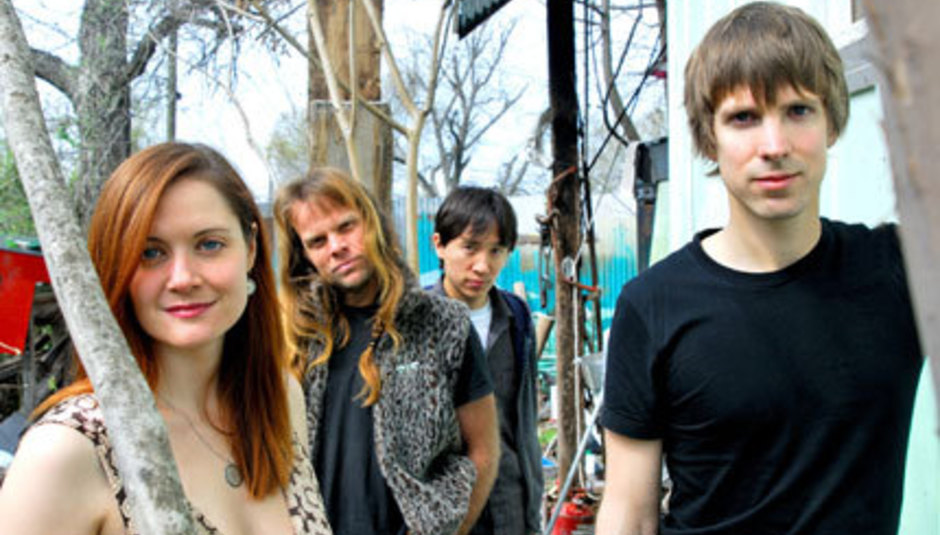 Though they may not have released an album this wonderful year, Texas indie-mystical-rockers Shearwater did release one of the most brilliant albums of the year 2008. It was called Rook.

The big news today is that they will be following up the great Rook with a new LP, early next year, entitled The Golden Archipelago, which will be released on February 15, after a January 28 release in the United States.

The news has been knocking about for a little while now, but today sees the publication of a promotional video for the record, which you can see by visiting this website. It takes the form of something like a movie trailer, and early clues seem to indicate that it'll have something to do with Australia. Specifically native Australians, it seems. No embed for it, so visit the above linked site.

We'll keep you posted when any more information comes our way, for sure. In the meantime, here's a lovely little video of the band.