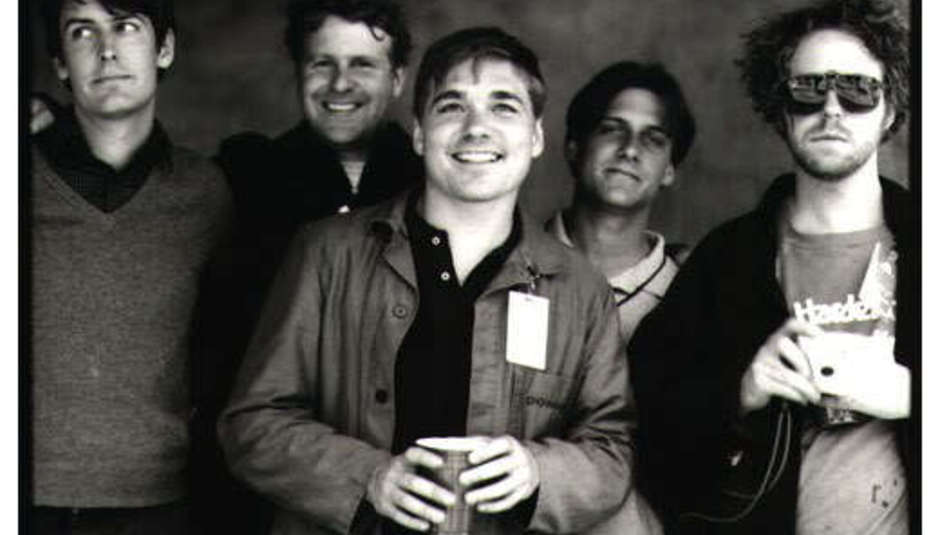 Er, so...things may just be getting a little brighter for the fans of either one of the most overrated or THE GREATEST indie rock band of all time, Pavement.

Though details are pretty sketchy at the moment, with plenty of talk of "reliable sources", the prospect currently up and floating through the airwaves and cables is that there's a reformation on the cards, or so reports Brooklyn Vegan.

On a post dated sometime yesterday ('merican time, y'see), the following was posted:

"According to reliable sources, it's finally happening in 2010! There will be multiple, possibly four, nights of shows at NYC's Central Park Summerstage in September of that year. That could be part of a tour. That could be the end of a tour, the middle of a tour, or even the beginning of a tour, but it seems reasonable to speculate that they might make their official comeback at Coachella in April."

Pavement played their last gig together back in 1999 at the Brixton Academy in London. They broke up in a sort-of protracted way, but have since (and before) become one of the most esteemed and cult of indie bands among a pretty large section of people.

The reasons for breaking up were given as:

Certainly three of those could be used as possible reasons why they might want to reform, maybe even four, but BV seem to think there are more secret ATP-related reasons why this might be happening. Speculation.

"It's also time to start guessing who might be the big curator of September 2010's ATP NY festival (the job Flaming Lips had this year, and My Bloody Valentine the year before that). Might as well put Pavement high on the list of possibilities for that too."

Now, we do understand that this is about as concrete and firm as most of the rumours in the daily and weekly rags that form our esteemed press, especially in the back pages. Yet, there was someone, once, who said there's no smoke without fire.

Malkmus and Scott Kannberg have both been open to the idea of a reunion, Malkmus telling Spin that the "option was open" and Kannberg saying much the same to Loud & Quiet. So, fingers crossed then?!

DiScuss: BEST NEWS EVER? OR PERHAPS NOT, EH?