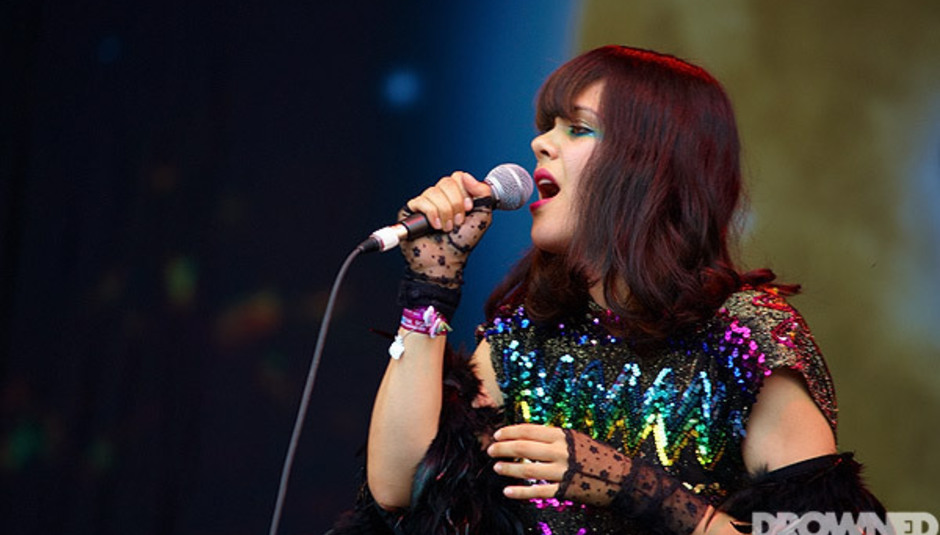 Whilst many of you may be scorching in un-airconditioned offices or stuffy motor vehicles today, turn your thoughts to Autumn. Specifically October.

As well as Pixies having decided to shuffle around (mostly Northern) Europe, the fairytale spinning Natasha Khan - aka Bat For Lashes - is going to traipse up and down this island playing the finest Bars and Music Halls.

Catch her if you can!

Tickets on sale from 9AM tomorrow.

Watch Bat For Lashes' network debut, on Letterman. Her version of 'Daniel' is not to be confused with the Elton John song of the same name, which is probably a little bit better.