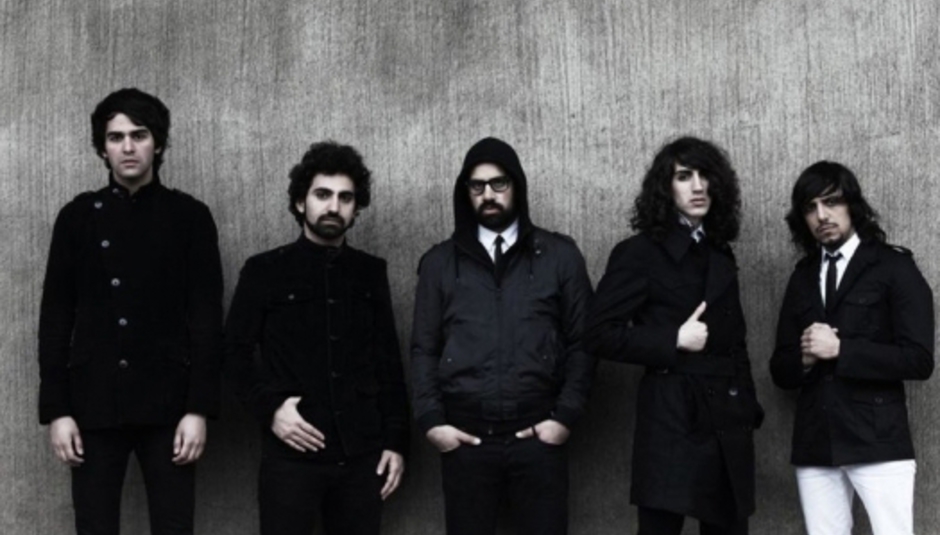 Politics and music has been a real big ISSUE of late, what with the BNP and Jon McClure among various others. Definitely not The Cribs, though. Though by big I mean "not something that all that many people care too much about". If you've been keeping up-to-date with the situation in Iran, you'll probably be thankful that the nutjobs that we elect are relatively few in number...

In more rock vs. politics news, an Iranian rock group based in America has spoken out against the "oppressive government" of Iran, and the presidency of Mahmoud Ahmadinejad.

As you may have noticed, there has been widespread protests in Tehran following the presidential election result, where incumbent Ahmadinejad "beat" main opponent Mir Hossein Mousavi in the "poll".

The five members of Hypernova (pictured), moved to the US two years ago in a bid to find rock stardom, after the newly elected President Ahmadinejad clamped down on so-called "Western Music", of which rock is clearly a part.

"Because of the internet, the people of the world are being exposed to the horrific reality of the streets."

"The oppressive government is continuously trying to clean up after itself through misinformation and propaganda. The people in Iran have been robbed of this election."

"There have been many other fascists like Hitler, Stalin and Franco who have suppressed the people and the truth far too long before they were defeated, but thanks to the amazing flow of information there is only so much that this fascist government can do."

Though previously aware of the possible consequences of speaking out against the Islamic Republic - like death - Raam said that the events of the last week spurred them on as they watched their fellow countrymen - and women - take to the streets in anger.

Now Raam, whose parents still live in Tehran, has also taken to helping young Iranians involved in music, trying to get visas to get them into American festivals.

As for their music, you can listen to it on MySpace here. The one on the left definitely looks like a young Paul McCartney, no? 'Universal' starts of a bit Interpol-esque, don't you think?

Previous bands to come from this area of the world include (just about) System Of A Down from LA via Armenia, which shares a border with Iran. Could Hypernova become the region's most prominent musical force? Or is this a post that Googoosh will always hold?

Is this the longest any article on the Iranian election has gone without mentioning Twitter?