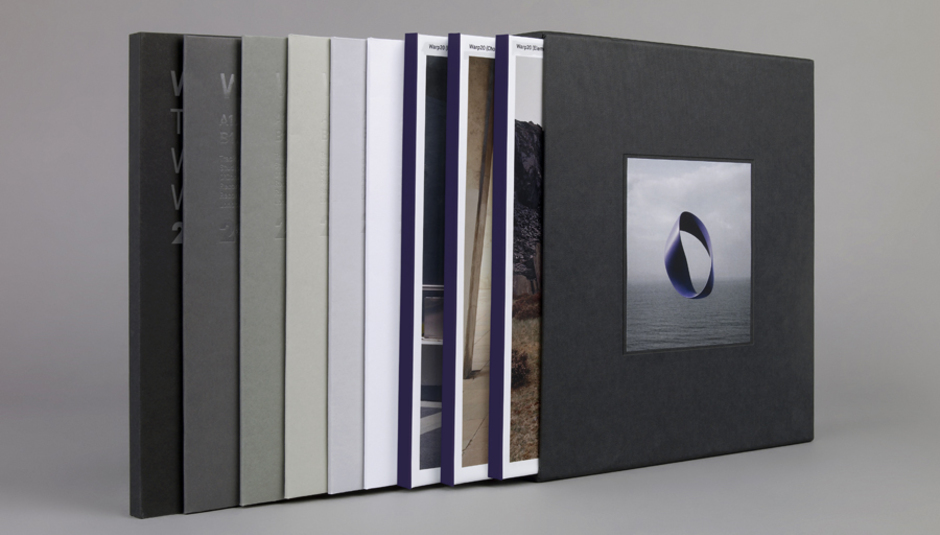 Exclusive! Take a peek at the Warp20 Box Set

Oooooooooooooh! My precious! As you may or may not know, legendary record label Warp is celebrating its 20th birthday. To commemorate all of the great - and it has been almost non-stop greatness - they are releasing Warp20 which is, as you may have guessed, a box set of brilliance to celebrate 20 years of Warp.

DiS has been given an exclusive look at the Warp20 box set, as well as a couple of snaps to see what it actually looks like. This is some serious high-end shit. We hope you are as excited as we are.

Over the years Warp have released records by the likes of Squarepusher, Aphex Twin, !!!, Maximo Park, Leila, LFO, Tim Exile, Boards of Canada and Flying Lotus, to name just nine.

The box set features a whole array of new and old, covers, unreleased cuts, some favourite tracks from founder Steve Beckett as well as the top ten pieces voted for by Warp fans. There's also a near 200 page book included. Rad.

The Warp20 box set will be pressed just once. The number of (limited) copies will be predetermined and by pre-orders, which you can do here - for a discounted price. Here is a list of the stuff that comes contained within the Warp20 Box Set. It's 'mazing.

10" square, 192 page full-colour, perfect-bound book. A catalogue of artwork of every Warp release from its inception in 1989 to August 2009. Includes artwork from over 400 sleeves including work by the Designers Republic, Julian House, Build, Universal Everything and Kim Hiorthøy. Foreword by co-founder Steve Beckett. Black un-coated board cover with debossed and foiled typography.

Secret and hidden gems recently discovered from the vaults of Warp. Unheard tracks by Boards of Canada, Autechre, Broadcast, Elektroids and others. Housed in uncoated card sleeves with debossed typography. Exclusive to Warp20 Box Set.

Super-specially commissioned 60 minute piece by Osymyso made from samples, sections, bits and what not of music on Warp in the last 20 years. Presented in deluxe case and 10" bound folder.

Two 10" vinyl cuts of hand-selected locked-groove loops from Warp tracks. Four sides of loops for you to mix and mess with. Also exclusive to this box set. Also housed in uncoated card sleeves with debossed covers. Some more info on the pre-order:

Ordering before July 5 gets you 15% discount. That means it's just 85 quid. There will be a limited number of copies available after this date at full price but for a limited period. Orders will be shipped to arrive by September 25 2009.

Remix Dan The Automator, win a place on his digital remix EP