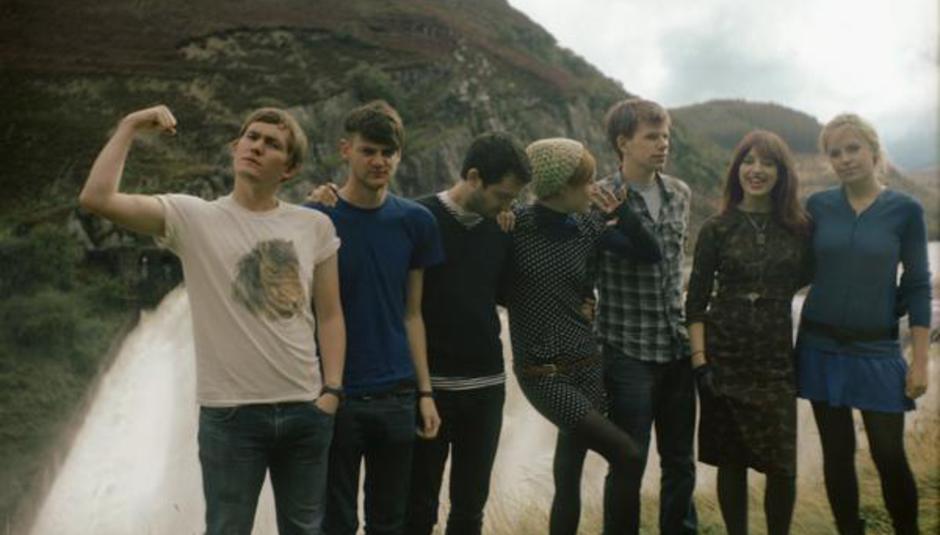 Los Campesinos!: You! Me! Recording!

The ever prolific Los Campesinos! are stuck in Stamford, Connecticut recording their second album (or third if you want to ignore their protestations about We Are Beautiful, We Are Doomed being just a "record").

The band are recording in the same studio Doolittle was made in, all those years ago, although these days Stamford may be more famous for this.

They are working with John Goodmanson, who has produced both the illustrious (Blonde Redhead) and the teeny bopper (Hanson), as well as WAB, WAD.

Tom had this to say on the Los Campesinos! blog:

"Greetings from the control room. In response to some casual e-pokings from G-Diz and a promise to my parents that I’d contribute to our blog, thought I’d detail some of the goings-on down here. We’re about 7 tracks (probably about halfway) into our over-thought, over-long, over-the-top sophomore album, and I’m thinking this is probably going to be our 'Coke Album' what with the track-numbers piling up, egos a-flailing and a Gallagher-sized sense of misplaced belief in our own band. Sadly though (for you) there’s not a sniff of white powder in sight, so it might not be as bombastic as we’d all hope… (though i’m sure if we went searching in the cracks of the SSL board here at Carriage House we’d find enough to make Be Here Now 2). So it’s probably gonna be more of a 'Diet Coke Album'."

"So yeh. If you are inclined to get excited, don’t peak too early, but we’ve about 15 tracks to record and things are going very well so far, thank you very much."

"So far we’ve about 7 songs in various states of completion. Four or five completely done bar vocals and violin, which knowing myself and Harriet, we’ll leave until the very last moment. One song is very nearly complete at least though, and is pretty exciting I think. It’s called 'Straight In At Number 101'. There’s a bit where I thought I sounded like Harriet’s Jonas Brothers impression, but apparently it wasn’t anything to worry about."

Los Campesinos! resume their tour of North America with Sky Larkin on Sunday.