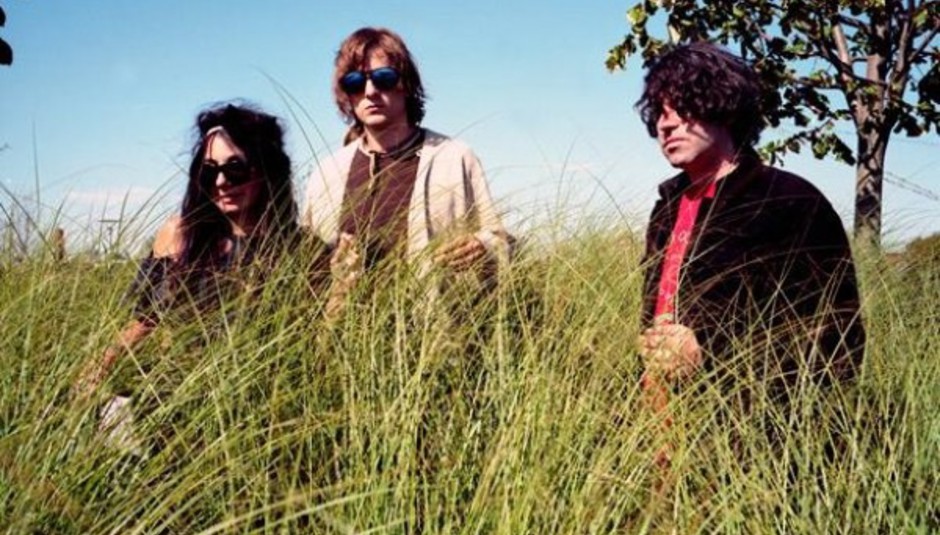 In a post on their MySpace blog, artsy-bloopy rockers Gang Gang Dance have shared some bad news and declared their forthcoming tour "cancelled due to fire."

The post includes the phrase "melted, charred, and still smouldering", which just about sums up the sorry state of affairs. What happened was... last night, on the first night of their European tour, their gear was caught up in an electrical fire and their gear has been pretty much destroyed.

TOUR CANCELLED DUE TO FIRE....
hello all......very sad news from GGD camp today. We are in Amsterdam after having played the first of what was meant to be 14 shows in Europe and the UK. Last nights show was really great and a big thank you to everyone that came out for it....we had a blast, but unfortunately our morning was a bit tragic. We stored our gear in the club last night and when we arrived there today to pick it up and head off to Brussels for tonights show, we were informed that an electrical fire had occurred in the very room where our stuff was stashed. We didnt really know the scope of how bad the fire was until we arrived on the scene to find every piece of equipment we own scattered out in the parking lot...melted, charred, and still smoldering.

Most of our gear is way beyond repair and the small amount of stuff that looks as if it wants physically destroyed by the fire itself has all been doused by the fire-hoses. So we have been left with synths that are melted, a charred guitar, cases full of wet pedals and cables, drums that are nothing but the metal rims, amps that look as if they've been doused in tar...the list goes on. It is really devastating for us as our equipment is very specific and without it we cant do much of anything. Most of our memory cards for our samplers melted so we've lost a bunch of jams that we were really looking forward to playing for you all. While we did entertain the thought of just renting or borrowing a bunch of random gear and somehow continuing the tour and just improvising every night, it just doesn't seem like its going to work out.

While it would be fun and we'd love to stick this out for everyone that was excited to see us, we feel like we came to perform a certain set of songs and if we cant do that then its probably best to just come back again when we have the necessary gear to do so. On top of that we are stuck here in Amsterdam until we are able to meet with the insurance company that is dealing with the fire, if we were to leave then we would risk losing out on the compensation that will be necessary for us to build our equipment back up.

As I said its all really devastating and we wish nothing more then to be in Brussels tonight (we were super excited about that show!) and to be able to continue on with our tour, but there is really no way for that to happen given the circumstances.

We are hoping to come back asap and make up for all this and we really want to thank everyone who bought tickets and everyone who was planning on coming out to the shows on this tour. It looked as if it was going to be one of our best yet thanks to y'all.......
See you when the smoke clears.
peace and respect------GGD

It's such horrible news and DiS is sending positive vibes in the general direction of Amsterdam. We look forward to catching the band when they reschedule these dates, although there is as-yet no news when these dates may be but we'll keep you posted.