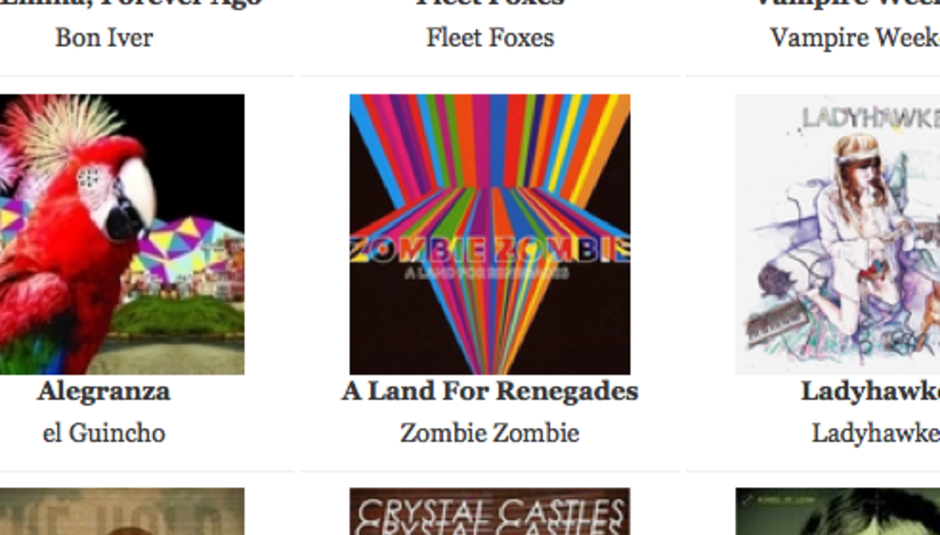 Rough Trade have announced their top 50 albums of the year and have teamed up with Drowned in Sound to find out what 'The People' think the best record of their top 50 is.

Over the next month DiS users can vote for their favourite three albums, with the record receiving the most votes being announced on December 17th. Not only that but by voting you stand a chance of winning all 50 albums plus assorted bits from some of the nominated acts. If you've not got a user account signing up is free and takes a few seconds: click here.

And purchase anything your collection is missing from roughtrade.com.