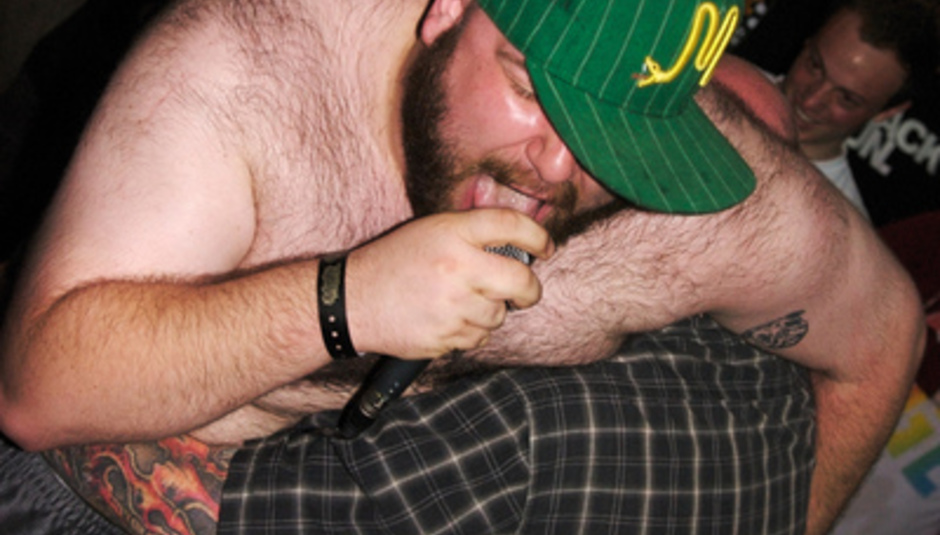 A twelve hour set? A cameo from Moby?! That's just F*ed Up

So Fucked Up have been winning a lot of plaudits lately but, really, did anyone expect pretty much every credible musician on the planet to turn up and collaborate with the Toronto hardcore-punks at their mammoth twelve hour performance in New York recently?

The star-studded list includes J. Mascis, Les Savy Fav's Tim Harrington, Vampire Weekend's Ezra Koening and Vivian Girls, but, best and most surprising of all, check out the video below for a guest appearance from none other than Moby on a cover of Ramones classic 'Blitzkrieg Bop'.

Fucked Up tour the UK in November in support of new album The Chemistry Of Common Life, calling at the following destinations: