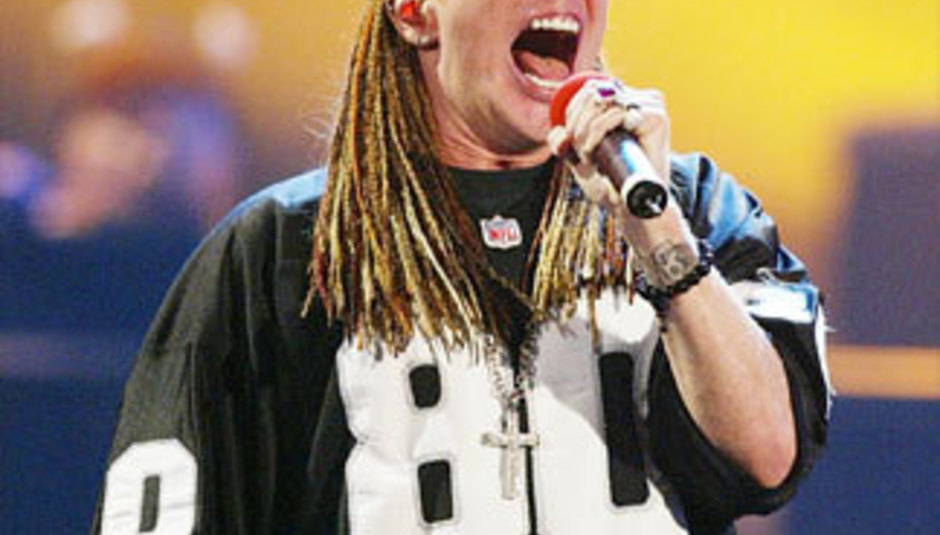 Chinese Democracy gets a release date

It is sixteen years since the release of The Spaghetti Incident? and Guns N' Roses have finally confirmed a release date for their sixth album. Chinese Democracy will be released on November 23rd in America. Yep, that is a Sunday, rather than the usual US release day of Tuesday, but this is because it is only being sold via Best Buy supermarkets.

Whether it'll be out that day in UK is yet to be confirmed. The band's UK press officer told Teletext: "We're assuming that the US date means it will be out here on November 24th, but we haven't had official confirmation just yet."

Dr. Pepper execs, who said earlier this year that they would send a free can of soda to "everyone in America" if the album was released before the end of 2008 have not yet flinched. Tony Jacobs, VP of marketing for Dr. Pepper had this to say: "We're waiting to hear about Chinese Democracy just like all the other GNR fans. But if the rumours are true, we're putting the Dr Pepper on ice."

DiScuss: will it get put back? What did you think of the leaks? Do you own a bandanna?