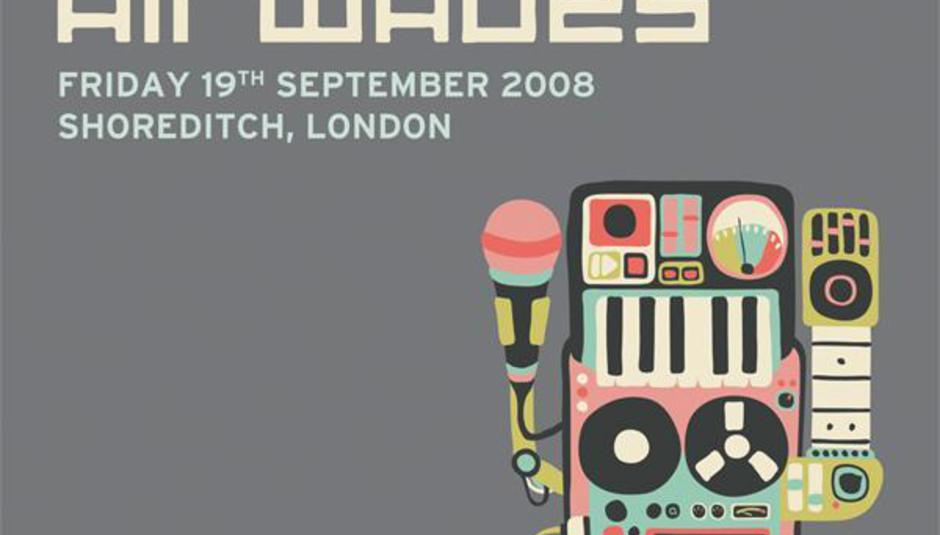 WIN! A pair of tickets to London Airwaves

From the people who brought you Iceland Airwaves...

DiS is giving away a pair of tickets to London Airwaves, which takes place on September 19th and is spread across eight venues in East London such as the Hoxton Bar & Kitchen, 93 Feet East, Cargo, and the Old Blue Last.

The festival features a whole host of wonderful artists such as Ox. Eagle. Lion. Man, Metronomy, Wild Beasts, Robots In Disguise, Cazals, These New Puritans, Florence and The Machine, and many more worthy of your time and attention...

To win, simply answer the following question by posting the correct answer as a comment below (you'll need to sign up to do so).

In which TV comedy series did Robots In Disguise's Sue Denim and Dee Plume feature?

NB: Entrants must be aged 18 or over. This competition closes at 23:59 on Tuesday September 16th. Winner will be selected at random and notified by PM on Wednesday.