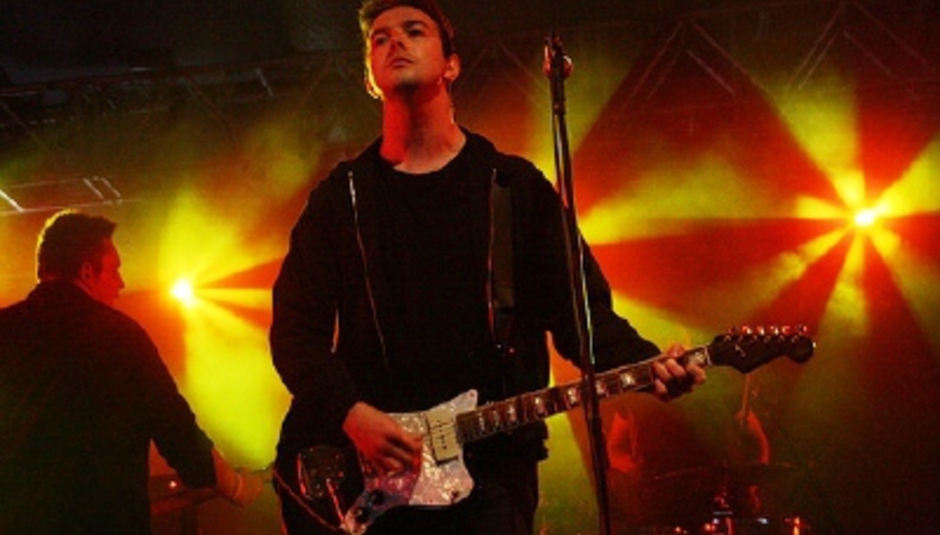 Glasvegas are Johnny-Cash-clad scots, who you could call Dr.Marten-gazers. They played gig, people filmed it and now here we are sharing it.

If you don't love/hate them already, they're a band whom you may know because of Alan McGee's love for them, the BBC Culture Show championing them or more likely because their faces featured upon the cover of a certain music weekly.

Now here we are with Daddy's Gone the re-release - a once-unacceptable sell out trait which has become the norm for indie band's "hit songs" nowadays. The main reason for such course of is action is because few people in the media are prepared to stick their balls on the train tracks for a band without them being seen to be everywhere.

First time around 'Daddy's Gone' was equally loved and loathed amongst the DiS boards but not a lot of people seemed too bothered that it came out again yesterday on CD and two limited edition 7" vinyl. Collectors of indie covers might like to note a Glasvegas version of Nirvana's 'Come As You Are' is one of the b-sides, anyone heard it yet?

Anyway, the band played a homecoming gig at Glasgow’s ABC2 on 20th June and new music video website MUZU TV gave us the following footage to share with you. You may need to click next to get to it due to some technical issue.