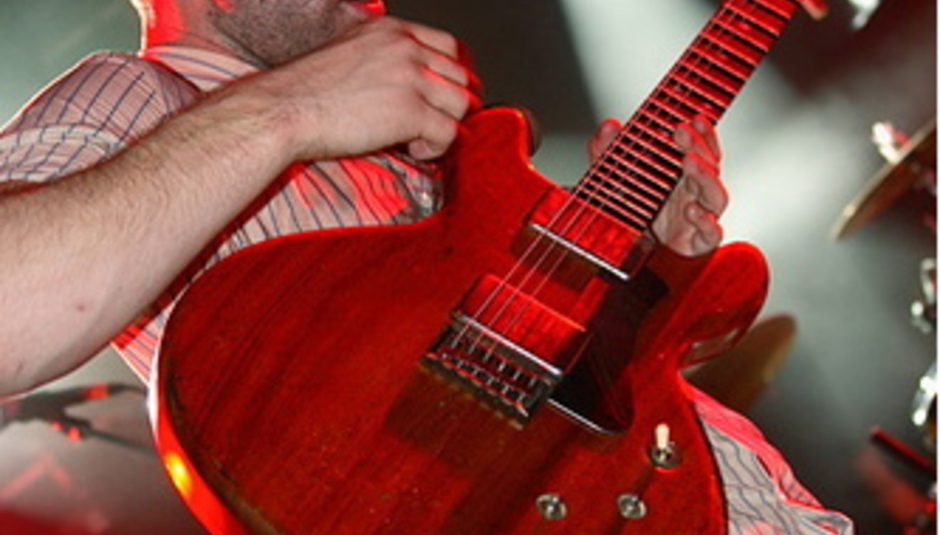 It's not only fickle DiS boarders who are aboard the post-Antidotes, Foals they-ain't-all-gravy train to backlash-ville. It sounds like the band themselves have joined it too.

In an interview with BBC 6music, Foals front fella Yannis Philippakis said: "We don't feel like Antidotes was an insurmountable record by any means. To us it sounds flawed. We just wanna make a different record."

He continues this 'old girlfriend isn't as good as new girlfriend'-like sermon by stating that the next record will trump their last effort:

"I think it will be better because we're older and we understand a lot more about music. I think it's gonna have bigger contrasts in it than the first record, and we've been messing around with a lot of ambiance and echoes and I think we wanna make something that's a bit lusher."

Unsurprisingly, he also confirmed that TV on the Radio's Dave Sitek, who produced 'Antidotes, won't be working on the new record but adds: "we don't really feel like we've found the one person to work with".

Vote for Foals’ Antidotes album in our Pluto Prize.