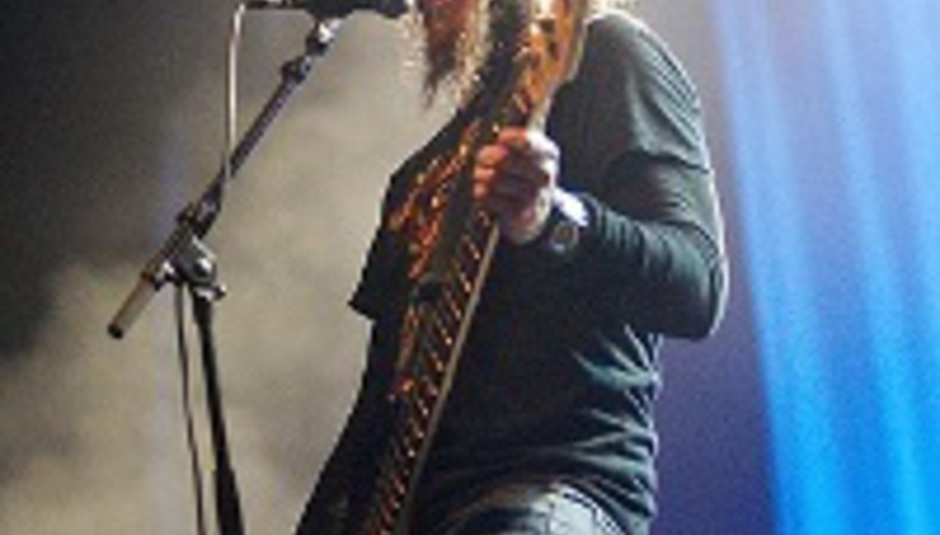 Back with a bludgeoning, Mastodon have announced that their new record will be out early 2009. Talking to Metal Hammer the Atlantan prog-metallers discussed the direction they were taking in following up 2006’s Blood Mountain (10/10 review) and distanced the previous reports that their forthcoming fourth record would be about the life of Rasputin.

“We finished the bulk of it. All of the basic tracks are done. We finished them on the Monday before we flew out to Seattle to start this tour. We go home on August 23rd. Then we have 10 days booked in the studio to touch up things, add any bells and whistles, take away anything we don't want, mix it and then figure out the sequencing. We have until Labor Day to finish it. We're hoping that it comes out in January. It should see light at the beginning of 2009.

Want some of that stodge in your life? Mastodon appear as part of the Unholy Alliance tour with Slayer and Trivium on these UK dates:

And so, eat some up:

Video: Mastodon ‘The Wolf Is Loose’