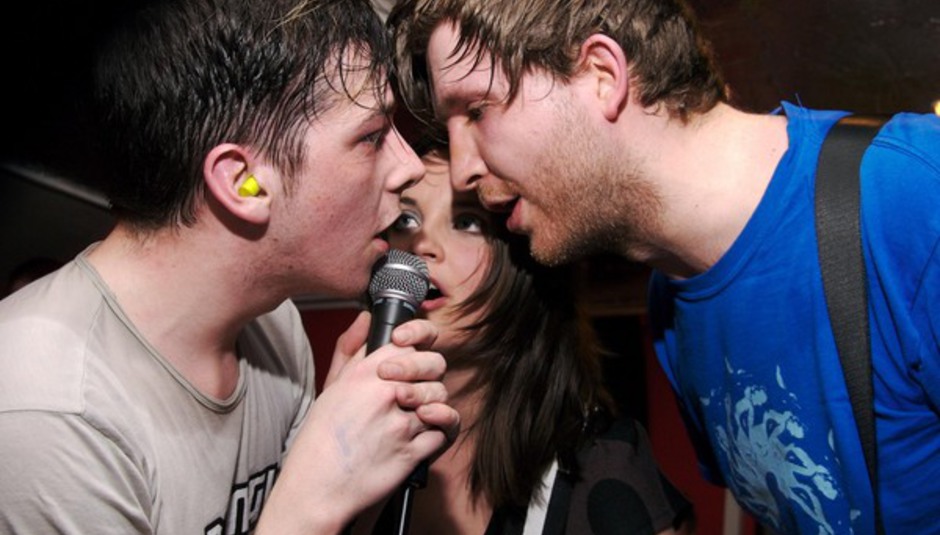 Two of DiS's favourite domestic bands, Johnny Foreigner and Dananananaykroyd (pictured), are touring together in September and October.

The dates follow a trip to the US for Scottish six-piece Dana, to record their debut album, and coincide (ish) with the release of JoFo's new 'Salt, Peppa and Spinderella' single.

Watch the video to JoFo's new single here. Dana will release the track 'Pink Sabbath' (backed by 'Chrome Rainbow') as a single soon, too. It's among the best three minutes of music you will hear this year. Yep.

The London show, at White Heat, is a DiS co-pro show featuring DiS DJs. Find tickets for a number of shows here.

Find the bands on MySpace HERE and HERE.