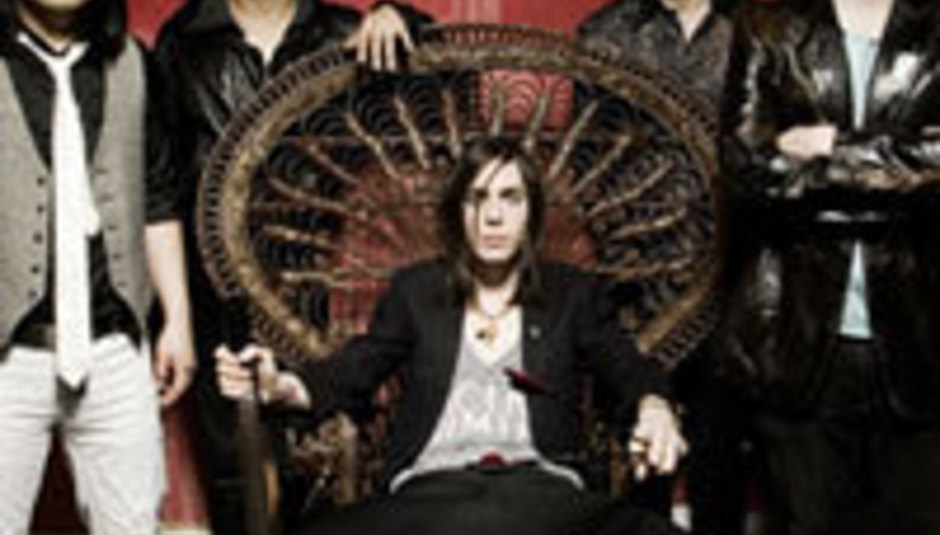 WIN! Tickets to see The Icarus Line in London

Shock, horror, mmm: feelings DiS feels, and loves, when listening to The Icarus Line, the LA fivesome whose three LPs to date have all been given the thumbs up on this here site.

The band - fronted by Joe "eastglitterfunk" Cardamone (thanks, MySpace) - are in the UK in August for a series of dates reported here, and DiS has some tickets to give away for their headline date in London, at the Monto Water Rats on Gray's Inn Road, on August 9.

If you're up for some top-rock in the capital on a Saturday night - perhaps after you've been to Field Day? - then get yourself tickets (priced at £10 advance) here, or try your luck... Or, ideally, do both!

To be in with a chance of winning a pair of tickets to the Monto Water Rats show - doors are at 7pm since you asked - just answer this question:

The Icarus Line's celebrated debut album of 2001 was called what?

Post your answer below, in the comments section. Winners will be selected at random on COMPETITION CLOSED and contacted via a DiS note. You must be over 18 years old to attend the show - bring ID if necessary. Good luck, and look out for further announcements about the London show soon.

Video: The Icarus Line, 'Gets Paid'