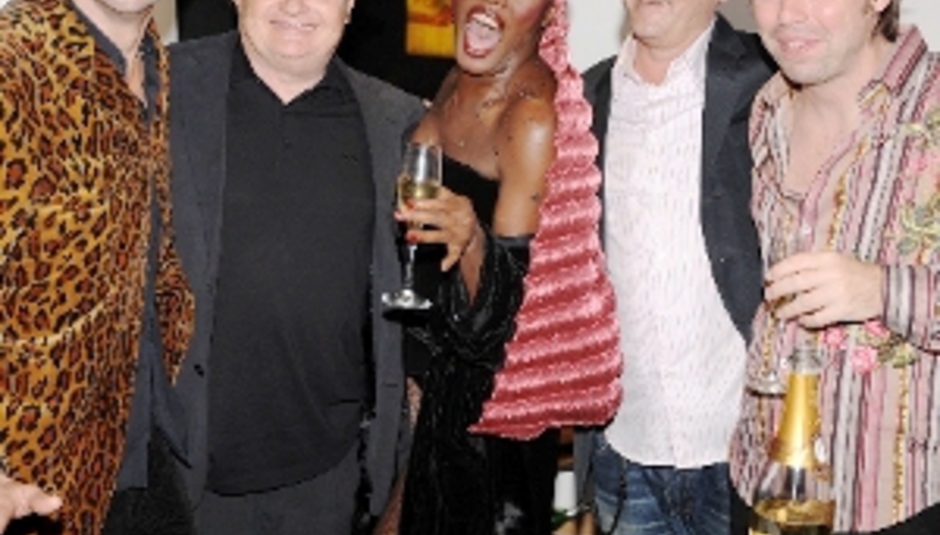 Grace Jones signs to Wall of Sound for Hurricane's release

Grace Jones - pop icon of the '70s and '80s - has signed with Wall of Sound to release Hurricane, her first album since 1989's Bulletproof Heart.

That's her, pictured, signing on the line.

Hurricane will be released on October 27. News of the singer's new deal comes days after she performed at the Massive Attack-curated Meltdown Festival on London's Southbank; an in-attendance Samuel Strang commented (when asked a second ago for an opinion), "she was fucking fantastic".

Mark Jones, MD of Wall of Sound, said: "It's an absolute honour and privilege to be working with Grace. No one has inspired more people whatever race, sex, colour or creed to be who they want to be and so much more. Her new album will not only re-establish her as one of the world's most important artists but also introduce her to a new generation of music lovers."

Jones reportedly simply offered a "Grrrrr" when asked to comment on the new deal. She'll play the Secret Garden Party in Huntingdon on July 26.

Video: 'Slave To The Rhythm'