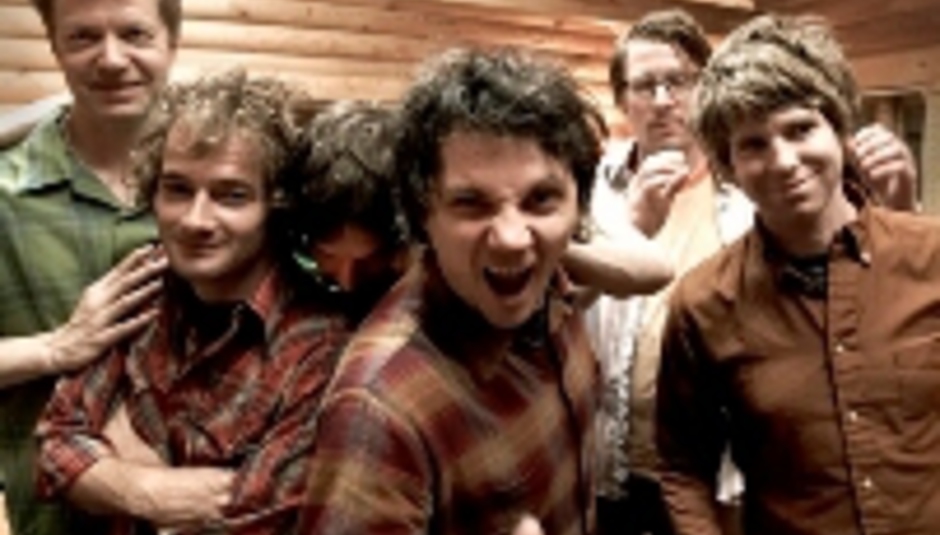 What do they want? To prevent telecommunications companies from charging higher fees for bandwidth use! How they gonna solve it? A compilation album!

A who's who of indie-rock royalty has put together a compilation to raise awareness of net neutrality* and, in particular, issues involving high bandwidth taxes stateside and the knock-on effect that this will have on musicians running websites.

"[Net neutrality] gives [musicians] a platform to compete in the legitimate digital music marketplace alongside the big players," says Michael Bracy, Future Of Music Coalition's policy director. "If the network operators are allowed to charge content providers extra for faster service, it could price a lot of artists out of the market. This would be devastating to the music community who depend on the internet to reach potential audiences."

To raise awareness, via news stories such as this one, Wilco (pictured), The Wrens (their first new material in eleven years), Bright Eyes, Aimee Mann and They Might Be Giants have all agreed to be on the comp in support of The Future of Music coalition’s campaign Rock The Net: Musicians For Network Neutrality. It's released on July 29 via Thirsty Ear Recordings, and here be the full tracklisting:

* Net neutral what? Maybe this will help...


Network neutrality - or net neutrality - is the principle that preserves a free and open internet. Net neutrality ensures that all users can access the content, or run the applications and devices of their choice.

Rock the Net is a nationwide coalition of musicians and labels that support net neutrality. We come together at this critical time to demonstrate to Congress and the FCC the music community's broad support for this principle. As musicians and entrepreneurs, we understand the importance of treating all websites equally - from the busiest online music store to the smallest blog. We urge Congress to support network neutrality.