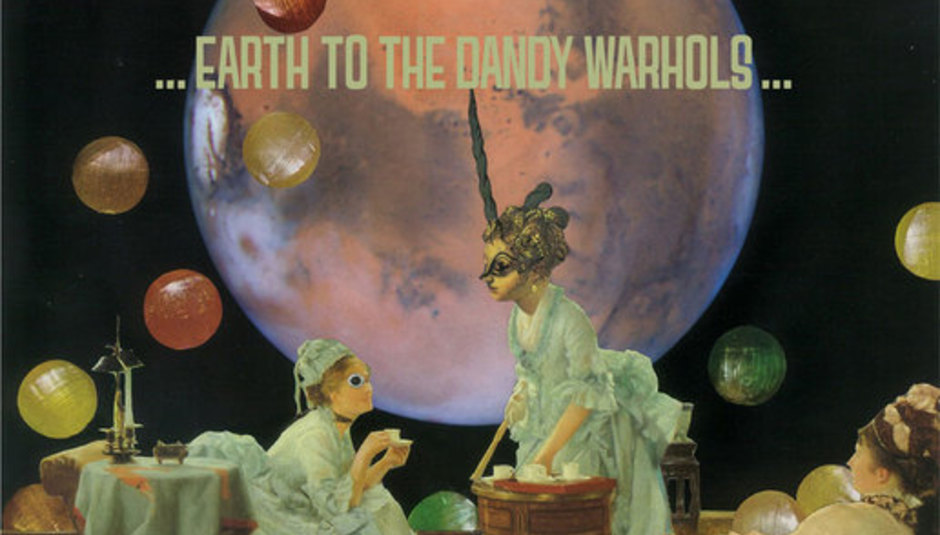 A Postcard to DiS from... The Dandy Warhols

The Dandy Warhols are buh-buh-back, and we've had a virtual postcard from them.

Their new album ...Earth to the Dandy Warhols is now available. It's only available digitally at the moment but will will be released on physical formats in August. If you've not heard or got it already head to DandyWarhols.com to hear it for free from their In Rainbows meets Daft Club subscription service.

Ahead of their forthcoming UK live dates (see below) DiS received the following e-postcard from Courtney Taylor-Taylor: _ hi england, wouldja? i'm back in portland now having rainy shitty fifty three degrees farenheit weather. in june. i've got a fire in the fireplace and am doing press homework in my cozy medieval style 1920's home now. home:good. next time i see you i'll miss home. even the crap weather. oh wait, no i won't cuz it'll probably be crap weather there too. that's probably one of the reasons i love that darn england so much... the crap weather reminds me of home. good weather for pasty artist types. and ducks.

..and by the way, thanks for The Beatles._

DiS will be running a review of the record later this week, in the meantime there's a rather good interview with Courtney over on Wired.com.

Catch the Warhols at the following shows:

DiScuss: What do you think to the new record? What's your fondest memory of seeing the Warhols live?