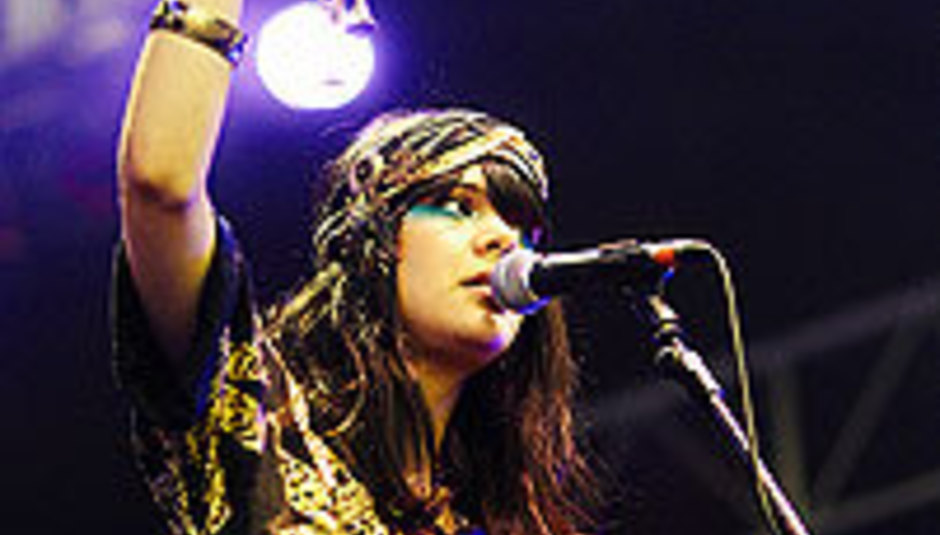 Mercury odds update: Arctics out, Bat For Lashes up

Arctic Monkeys have slipped from joint-first in the betting on this year's Mercury Music Prize.

Their Favourite Worst Nightmare LP was originally fancied alongside Amy Winehouse's Back To Black, but now finds itself down in fourth in the odds pecking order at 10/1.

Winehouse remains the bookies' favourite at 5/2, with Jamie T's Panic Prevention and Bat For Lashes (pictured), enjoying a surge of popularity for their Fur And Gold, in joint second at 3/1. The DiS vote would, if pushed, go to either of the second favourites. Personally, I'm feeling Natasha Khan and company.

Klaxons' Myths Of The Near Future is at 8/1 - good odds, those - with all other runners and riders looking less and less likely to feature prominently when the winner is announced in September. Dizzee Rascal's Maths & English, for an example, is an outsider at 25/1.

I.e. no fucking chance, mate. Sorry. Still, our Adam loves your record, so that's something to be pleased about...