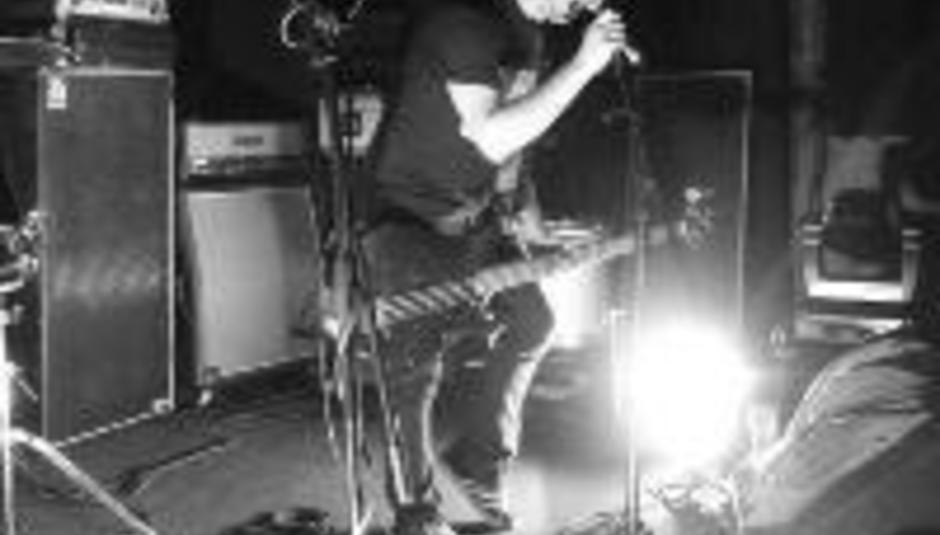 Want something to make your eardrums pop? Come along to this...

On September 28 - a Friday night, no less - DiS will again be taking over The Fly on New Oxford Street, London, for a night of loud music. Good loud music. Hurray? Hurray!

Already confirmed to play live on the night:

Manatees (pictured; MySpace)
From Carlisle, this earth-shuddering trio craft exquisite slabs of white-noise-saturated metallic post-rock from a simple-as set-up of drums, guitar and bass. Comparisons in the press to date fluctuate from progressive-rockers old – King Crimson, for example – to contemporary quasi-instrumetallers like Isis and Neurosis via the bludgeoning majesty of Swans. We’ve already had them headline one London show for us this year – back at February’s DiScover Club, where they left the entire room breathless ‘til the tumultuous end applause – and the band’s live sets are becoming the stuff of legend. Someone needs to book this band for an arena, soon, providing they’ve enough insurance to cover its inevitable collapse.
Live review here; EP review here

Zettasaur (MySpace)
Fighting out of the Brighton corner, this itchy-punk four-piece are sure to get fans of Ten Grand, Charlottefield, Drive Like Jehu and Optimist Club hot under their collars. Their MySpace tracks are currently enjoying heavy rotation (rotation, rotation) at the DiSopolis.

Plus one more band TBA and DiS DJs

Tickets are a fiver in advance from here, and you can add the date to your gig calendar here. Doors are at 7.30pm, and it’s an over-18s event.

Hope to see you there, earplugs at the ready…