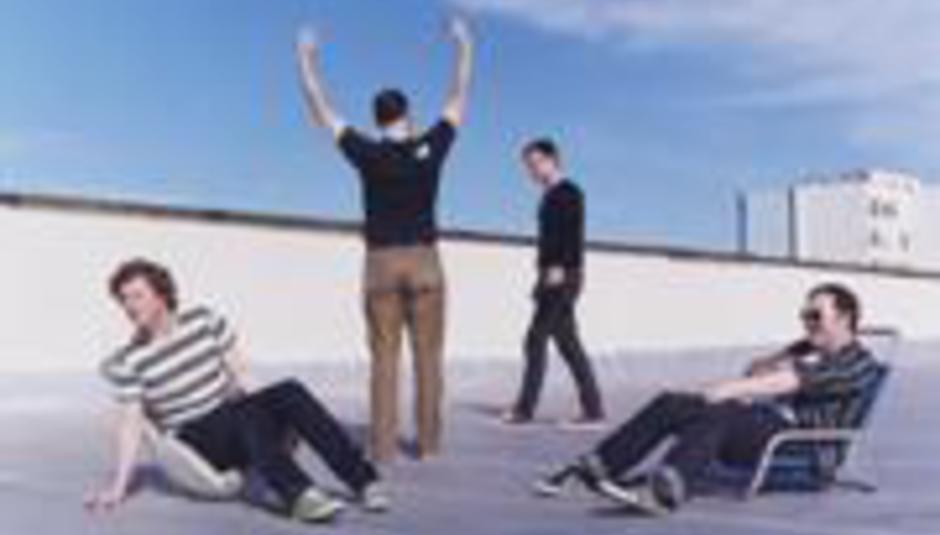 Currently touring in the States, Scottish four-piece indie-gloomsters The Twilight Sad are one of DiS’s favourite acts to emerge in 2007 so far. Their debut album, Fourteen Autumns & Fifteen Winters, received our seal of approval here (choice quote: “for a debut record to sound this accomplished suggests a promising future”), and now the band’s awesome label, FatCat, has sent us a bag of goodies to give away. Hurray!

Founded in ‘97, FatCat is also home to No Age (awesome), múm (awesome), and Charlottefield (awesome – spotting a trend?). They kindly sent us the following to give away:

So, two lucky pups will get all that swag. Well, half the above swag. One of each, Yeah.

All you need to do to have a chance of winning is answer this:

FatCat is based in which south coast settlement?
A) Brighton
B) Southampton
C) Bridport

Send your answer, plus a postal address, to mike DOT diver AT drownedinsound DOT com right away, writing ‘Twilight Sad Competition’ in the subject line. The Twilight Sad play the following domestic shows:

Their MySpace page is here.