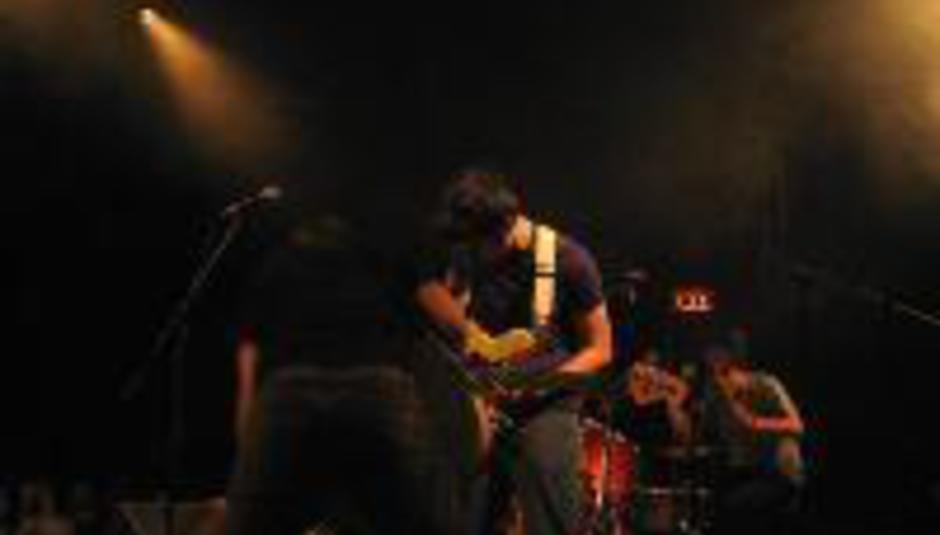 Good news, friends of DiS! Our special end-of-summer bash at the Monto Water Rats on August 31 - headlined by the beyond awesome Russian Circles, who'll be delivering their debut London headline set - has grown. Now, we think, it's time to get properly excited.

Playing live on the night:

RUSSIAN CIRCLES (headlining)
From Chicago, this wonderfully intricate yet supremely danceable instrumental trio stole DiS’s collective breath away at the South By Southwest music conference in Texas earlier this year. This London date is their first-ever headline show in the British capital, and coincides with the domestic release of their amazing debut album, Enter. Prior to their headline dates, the three-piece will be supporting Tool at Brixton Academy and Manchester Apollo. Style-wise, tread the middle ground between Battles and Boris, strip away any vocals and turn everything up way beyond 11 and you’re almost there... but not quite. Expect to be impressed.
MySpace

YOUTHMOVIES
This Oxford-based quintet have been firm favourites of DiS for many a year, and we’ll be releasing their debut album – currently being mastered by Shellac’s Bob Weston in Chicago – just as soon as we can. With their sound evolving continuously, Youthmovies are now one of this land’s most inspirational live propositions, with no set ever the same twice. Progressive rock once had a bad name, but with bands like Youthmovies combining a singular inventiveness with a perfect ear for melodies, the future of prog’s modern offspring seems more than secure.
MySpace

I WAS A CUB SCOUT
Youthful Nottingham-based duo I Was A Cub Scout have been wowing crowds up and down the country for the last year or so. Signed to Abeano/XL, they’ve already released three highly sought-after limited-edition singles, with a fourth by the name of ‘Our Smallest Adventures’ to be released in September. The band is recording their debut album in August with the assistance of Hugh Padgham (The Police, XTC, Genesis). This show offers fans old and new a rare opportunity to see the electro-goes-emo pair in intimate surroundings before they inevitably court superstardom.
MySpace

DARTZ! (pictured)
From England’s northeast come a trio of pop-punkers mixing the off-kilter Dischord rhythms of the likes of Q And Not U and Faraquet with instantly accessible melodies and hip-swinging guitar lines straight out of the best underground party you were never cool enough to be invited to. The band’s debut album, This Is My Ship, was released earlier in 2007 to great acclaim: “Fast, giddy, heart-bursting, and danceable as sh*t” said NME, while Rock Sound called their material “original, exciting and intricate pop”.
MySpace

EUGENE MCGUINNESS
One of Britain’s many breaking-through singer-songwriters, newcomer McGuinness stands out from the flock presently bemoaning the myriad flaws of ‘LDN’ or (insert home town here) by singing – and yes, this lad can sing beautifully – about issues and insecurities that affect every one of us. His debut single, ‘Monsters Under The Bed’, was adored by critics across the land, and with an album forthcoming via Double Six Records/Domino Publishing, expect McGuinness’ profile to rocket in the very near future.
MySpace

65daysofstatic
We’re dead chuffed to have Sheffield’s favourite glitch-core sons in the house for a pretty special DJ set. Expect the unexpected is all we can say… well, that and a fair few mash-ups of choice. The band are to tour the US either side of this show, the later dates with The Cure!
MySpace

DrownedinSound.com
DiS will be bringing the party to a close with a set that’s sure to involve both ‘80s pop and a few drunken mistakes… Nice, nice.

SO, see you there? Click HERE to buy tickets. Further details below...