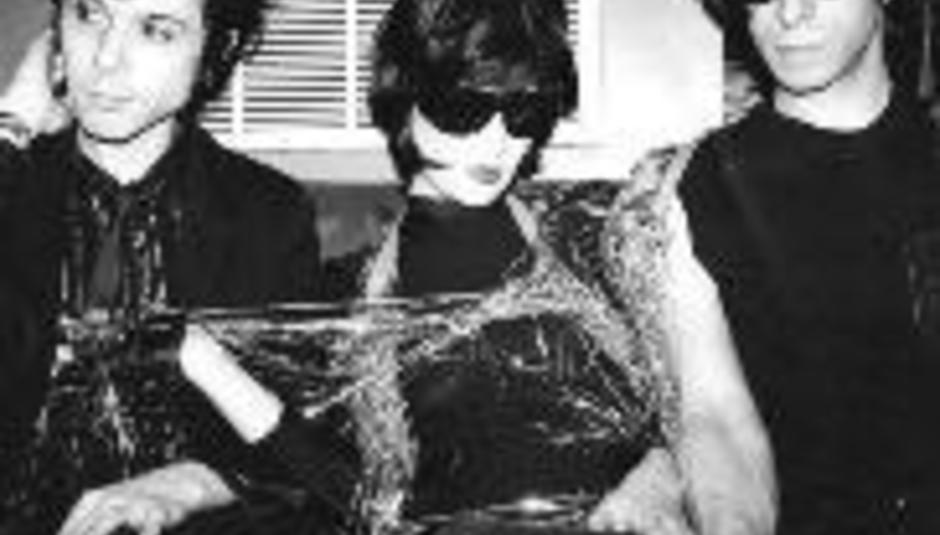 Yeah Yeah Yeahs release a new EP, Is Is (I like to pronounce it like the band Isis, just for a funny), on July 23 through Fiction. Now, the NYC trio aren’t doing any press with the likes of scummy music hacks like the DiS crew, but they’re well up for what we’re calling A Jolly Nice Fans Q&A.

The forthcoming five-tracker features material from 2004, written between their breakthrough debut album Fever To Tell and last year’s Show Your Bones (what, like Nicole Richey does every time she wears a low-cut top? Ergh.) Says drummer Brian Chase: “I fucking love EPs!” Yes, Brian, we ran that last time.

But back to A Jolly Nice Fans Q&A: you can submit your question for the band right now. Anything goes, near enough, but please don’t hold it – whatever it is, in this instance – against DiS if Karen, Nick and Brian don’t want to proffer an answer to: “What would you rather wrap your sexy tongues around, a slug or a jellied eel?” That would be a waste of a question, oh yes sir or madam.

Submit a question by sending an e-mail to Mike Diver (address below), writing “A Jolly Nice Fans Q&A” in the subject line. All questions must be received by Wednesday July 4.

The answers to the collected questions will be compiled and published at a later date as what can only be described as some sort of feature. Probably titled something along the lines of A Jolly Nice Fans Q&A. Yes. Probably.