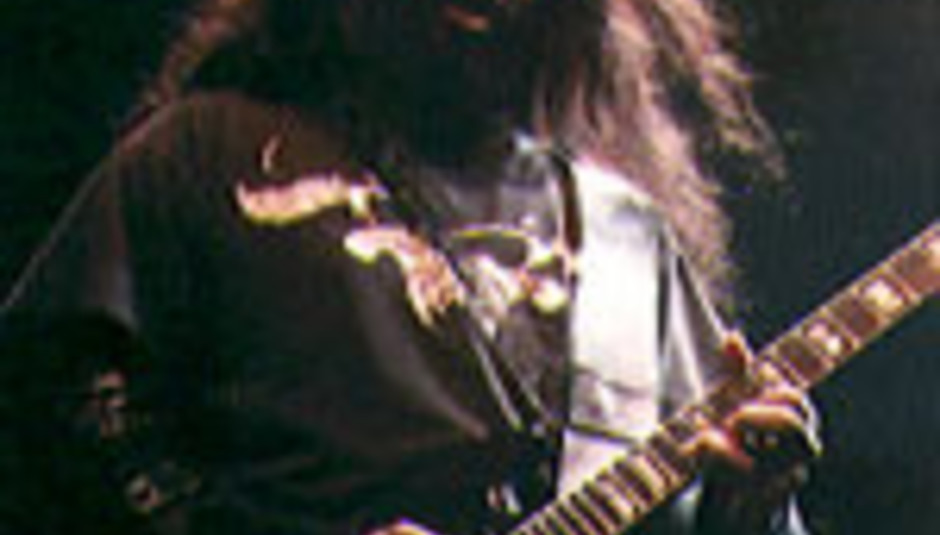 Hands up everyone who actually cares about the charts this week! Yup, you saw me alright, keeping my hands under my ample ass. It’s because I don’t care, really, and that’s why it’s taken until nearly seven in the pm to get our weekly Chart Round-Up rounded up and ready. What? We’re busy here, okay. You wanna do my job? The truth? You can’t handle the truth. Et cetera.

One and two stay the same on the singles front: Rhianna sings about keeping the rain off her silver paint with ‘Umbrella’, while Mutya Buena (surely someone commented last week that she sounds increasingly like a continental chocolate snack?) rapes the corpse of Lenny Kravitz with her ‘Real Girl’ debut solo effort. What, he’s not dead? What’s he doing allowing this shit, then?!

Highest new entry: Enrique Iglesias with ‘Do You Know’. It has a ping-pong ball in it! Genius. Twat. The White Stripes are at 13 with ‘Ikcy Thump’; their album of the very same name is reviewed here. Elsewhere on the rawk front, Queens Of The Stone Age score a hit at 19 with ‘3’s & 7’s’. ‘Sick, Sick, Sick’ is better. Yup. Klaxons’ rubbish cover of ‘Not Over Yet’ (if only it were, for good) debuts at 28.

They’re also at 75 with ‘Golden Skans’. I like that song better.

Albums: the top three is all new, which is pretty fresh from this perspective. Rhianna is at one with Good Girl Gone Bad (she’s got a whiff of that Lynx Vice, presumably); Biffy Clyro impress at two with Puzzle (read DiS’s opinion here); and The Twang swagger their way to three with their debut long-play platter, Love It When I Feel Like This. We’d love to tell you how we feel about the record, but no cunt sent it to us. Their people clearly know us too well, already.

Elsewhere in the top ten, Dizzee Rascal’s Maths & English makes seven (it’s a bit meh), Marilyn Manson’s Eat Me, Drink Me proves a hit with the faux-disenfranchised at eight (it’s a lot meh), and ol’ Mutya’s in at ten with her debut album. It has the same title as her single. Jeepers!

Hank Marvin is at 13, Genesis at 14 and Bruce Springsteen at 21… what the fuck is going on? Wiley fails to match the success of is former Roll Deep colleague Dizzee: Playtime is Over only makes 71 on the albums chart.

That’s still a place above Chris Cornell, though, whose Carry On tumbles a mighty 47 places, from 25 to 72. Carry on, Chris, all you like. It doesn’t seem like anyone’s bothered.

Awww man, don’t cry… Here, here’s a picture of Kim rocking out to make you feel better. If that fails, you could always sniff my palms...