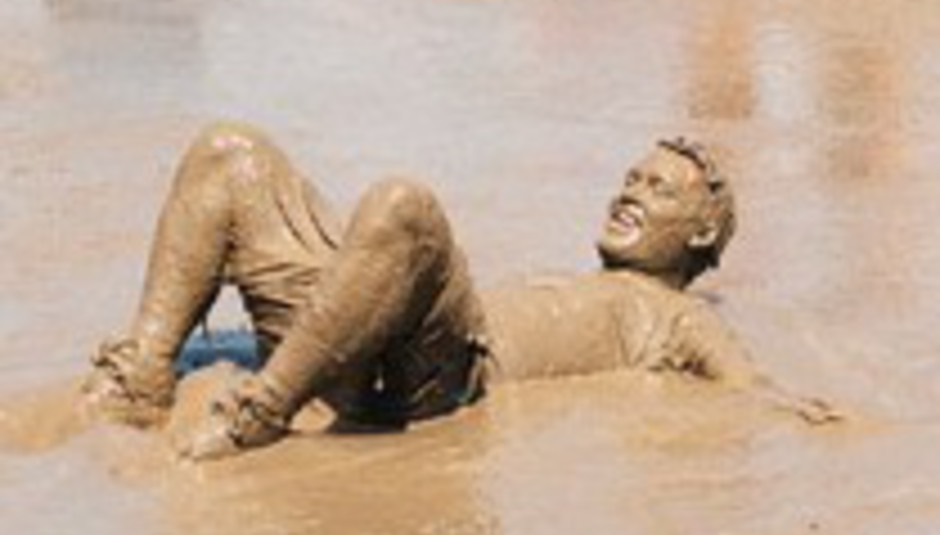 WIN! Many, many, MANY festival tickets: Glastonbury, Summercase, Rock Ness, Dour and more to come...

Oh please... it can't, it won't... will it? If it rains at Glastonbury this year, again, DiS will very probably cry real tears.

But we won't be alone, oh readers of ours, as you can come with us! Two of you! To Glastonbury! And if that's not enough to get you all excited - oooh, look at you all jumpy and clappy - we've tickets to give away for a number of other very-bloody-good-actually festivals in this land and overseas. Oooooooooooh.

And it all goes a little something like this (travel is, sadly, NOT included at all, for any festival. We're not that rich, you know)...

DiS is well pleased to offer our readers a pair of VIP tickets to this north-of-the-border bash. Staged on the banks of Loch Ness - see, now the name makes sense! - the two-dayer is bigger than ever this year. Don't go drinking too much of that Buckfast stuff, though... ergh. That's what Scots drink, right?

To win the VIP passes, simply answer this question:

The Loch Ness monster, right... is it:

A) A really big log that bobs up and down in the water and fools tourists?
B) A strange long-necked reptile from the age of the dinosaurs?
C) A man in a silly suit going "dur dur... dur dur...", like the theme music from Jaws? Orange, Official Communications Partner of Glastonbury, are offering you, the lovely DiS readership, the chance to bag a pair of tickets for what remains the music festival of the British summer. In addition to a much coveted pair of Glastonbury tickets, you’ll also win Orange Survival Packs to help you brave the elements - they even contain sunblock, which is rather optimistic methinks - and a fancy Sony Ericsson W610i Best of Festival Walkman handset with 15 free festival tracks, exclusive to Orange. I have seen adverts for that on the Tube. Looks futuristic.

To be in with a chance of winning a pair of Glastonbury tickets, please answer the following question and then follow the instructions for entry to the letter...

Glasto organiser Michael Eavis often sports a very fine beard, but which of these indie-rockers also has a very fine beard?
A) Built To Spill's Doug Martsch
B) I Was A Cub Scout's Todd Marriott
C) Pretty Girls Make Graves' Andrea Zollo

Send your answer to COMPETITION CLOSED now, writing "GLASTONBURY COMPETITION" in the subject line, in capitals. Please leave an address and contact telephone number along with your answer. Good luck!

If you aren’t lucky via DiS, don’t fret - Orange is giving away 40 tickets in the lead-up to Glastonbury. Visit orange.co.uk/spotthebull for your chance to win. Summercase is a twin-site event - held in both Barcelona and Madrid - featuring a wealth of contemporary indie talent. Really, the line-up makes our feet twitch with expectation whenever we look at it (click to the official website, why don't you? Follow the link to more info...). The winner of a pair of Summercase tickets - flights and transfers sadly not included here - will be able to chose their location. Which is nice!

To be in with a chance of winning a pair of tickets - maybe for you and a loved one (with money for flights!) - simply answer this:

Lily Allen is playing Summercase - fo' real! - but what are her two middle names?
A) Sophie Claire
B) Cheryl Nadine
C) Rose Beatrice

Now in its 19th year, the Belgium-based Dour Festival this year hosts a DrownedinSound stage. Yay! It's probably the best bill of the weekend, if we're being honest - where else could you see 65days, The Thermals, Clark, Wolf Eyes and Sunn O))) on the same stage?? Nowhere, that's where. This'll be awesome, and you know it...

To be in with a chance of winning a pair of tickets (travel not included, remember!) simply answer this question:

Watching Wolf Eyes live, and having them melt your face in the process, is best compared to what activity?
A) Having your eyes poked at by ninja squirrels
B) Having a bald man with scary teeth pour acid into your ears
C) Rocking to the best band ever

All competitions MUST CLOSE on June 6, 2007, at 5pm, with the exception of the Glastonbury competition, which runs until 5pm on June 15. Winners will be contacted by e-mail or telephone, or both. Maybe. Depends how nice we're feeling, really. Coming your way once thesec ompetitions close: the chance to win tickets to this year's Field Day festival (website).