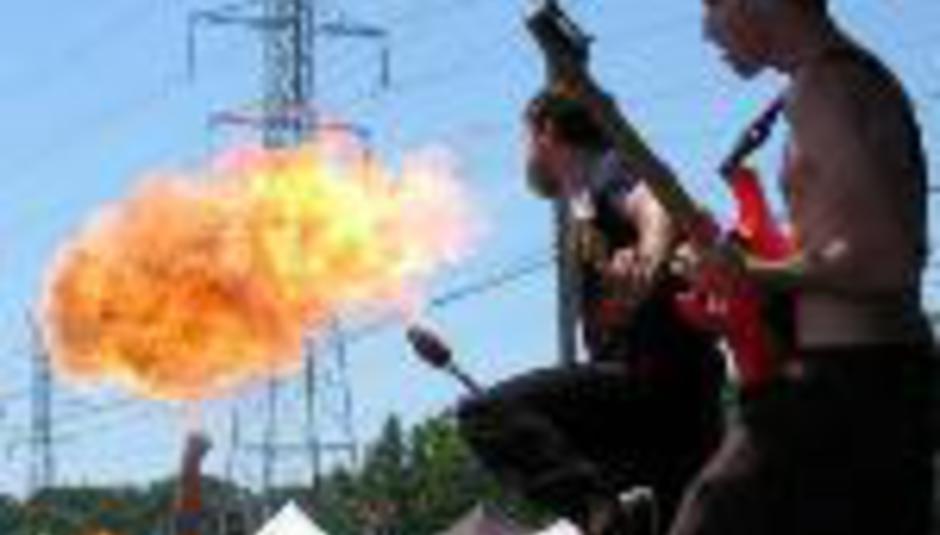 Dillinger Escape Planning a new record, due in the autumn

New Jersey tech-metal titans The Dillinger Escape Plan are about to record the follow-up to their 2004 super-brilliant own it today second album, Miss Machine.

The quintet will be entering the studio in June alongside producer Steve Evetts (Saves The Day, Earth Crisis); their chosen city, Los Angeles. Let's hope the sun doesn't go to their heads and they go all gay.

The as-yet-untitled LP looks likely to be released in October. Said one fan, earlier today:

"I am very excited. Can you tell? I love that band... they will save metal."

Says the band's Brian Benoit: "This record will molest you".

More news as and when we have it, probably within a month or so.