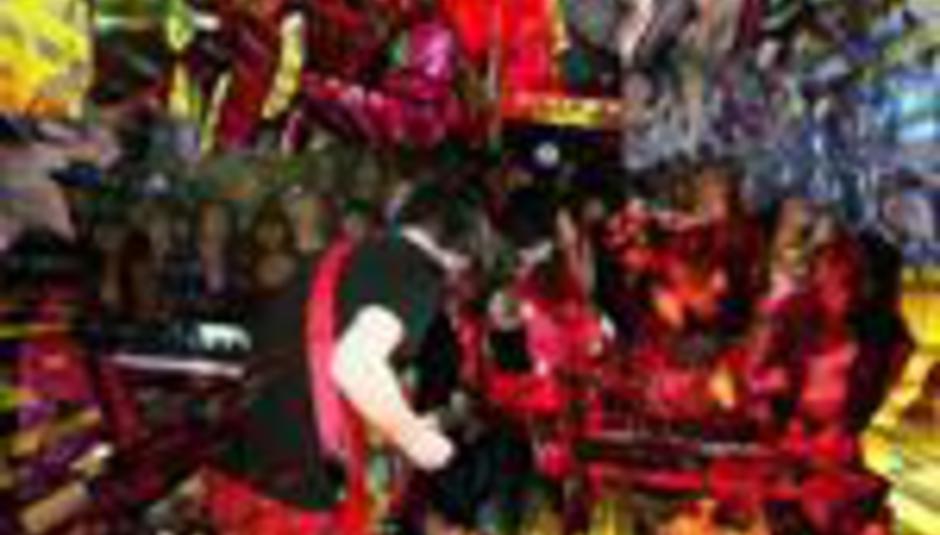 This is the wink we promised you.

Playing live tonight we've got Late Of The Pier (pictured, sorta), Scanners and Laura Marling. Mint. Between, before and after we've Way Out West DJs. Super.

Late Of The Pier
(MySpace)
Midlands-spawned synthesizer rockers with pop hooks pulsing in their veins and bright-like-neon keyboard licks aplenty. The four-piece's 'Space And The Woods' single – all Depeche Mode/Tubeway Army moodscapes filtered through Metronomy's catchy dance clicks 'n' beats – was summarised by DiS as being perfect aural fodder for the slightly mashed 3am reveller.

Laura Marling
(MySpace)
Laura's fresh from her first gig with a band, at Bush Hall last week, and the release of her debut EP on Way Out West. She's in her teens and still at school in Reading, but she has already nipped off early to support the likes of Mystery Jets and Jamie T.

The next free-entry Fopp show is on April 26, featuring Rat:Att:Agg, Cut Off Your Hands and An Emergency, as well as me DJing. I am super neat, super neat.