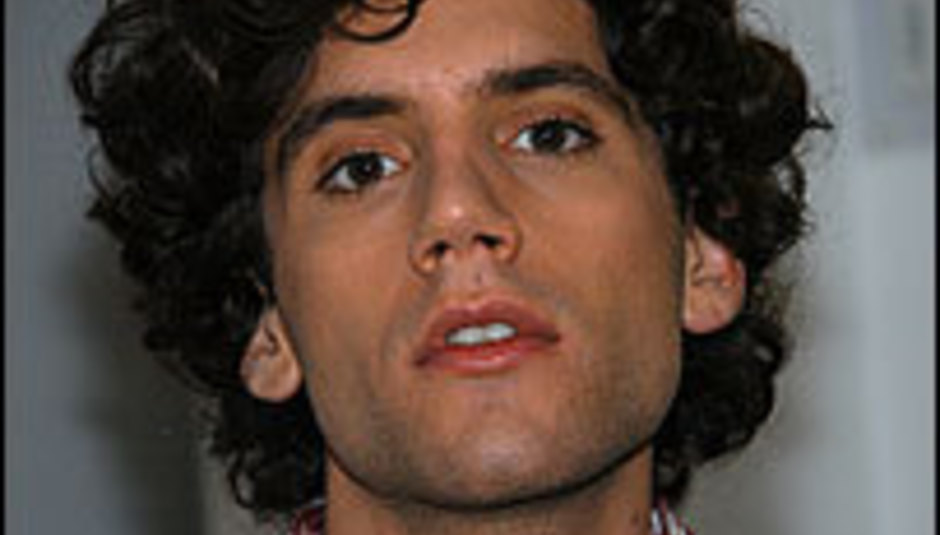 He’s gone! Rocked from the top of the singles chart by those merry Leeds men, Kaiser Chiefs. Ladies, gentlemen, breathe again: Mika’s infuriatingly rubbish version of a dozen good songs condensed into four minutes of intolerable shite, ‘Grace Kelly’, has slipped from number one. To number two. Which is so much more appropriate, really. Don’t look into his eyes!

Beneath ‘Ruby’ (ruby ruby ruby) and that song is Kelis, whose Cee-Lo-aided ‘Lil Star’ leaps from 15 to three. Proof positive, there, that loads of TV advertising and a fucking massive coat can score you a hit. (We couldn't find a picture, but HERE is the video.) At four is Akon – a.k.a. that high-pitched man on the current Gwen Stefani single (number seven, ‘The Sweet Escape’) – with ‘I Wanna Love You’ while the final berth in the top five is filled by American bland-out rockers The Fray Now listen here, The Fray: your ‘How To Save A Life’ song would be TEN TIMES better if it actually did that. Like, if it told you how to save a life, like with CPR or something. But no, you just made a shit song shitter by missing a shit-obvious trick. And we hate you. Fuck off out of our country.

On a sorta DiS-centric tip, The Gossip make number 13 with that song that’s been all over the telly, just like the Kelis song. But Beth doesn’t have a big jacket. She is a bad-ass though. Don’t fuck with her, however big your jacket. She’ll mess it up, pull off the buttons and break the zipper and everything. Your jacket: owned. Lily Allen’s ‘Alfie’ falls from 20-something to 20-somethingelse, Klaxons’ ‘Golden Skans’ is in the top 30, and so is ‘The Prayer’ by Bloc Party. The highest new entry comes from The Magic Numbers with ‘This Is A Song’. Yes, it is. And it’s at 36.

I don’t know who or what Hannah Montana is, but she/they is/are at 43 with ‘The Best Of Both Worlds’. I just like the name, really. Hannah Montana. Like Indiana Jones but, like, a girl. Yeah. Grinderman’s ‘No Pussy Blues’ debuts at 64. That’s three places above Gnarls Barkley’s ‘Crazy’. Yay!

In the albums chart, Amy Winehouse overtakes you know who. At three is Snow Patrol’s Eyes Open, a non-mover from last week, while The Fray make four with their How To Save A Life album. It, the week’s highest new entry, has the same title as their single. I wish they’d fuck off. At five is Take That’s Beautiful World.

Very little nearing anything interesting has happened elsewhere in the albums chart: Explosions In The Sky make 58 with their new All Of A Sudden I Miss Everyone LP, and… No, that’s it. Sorry.