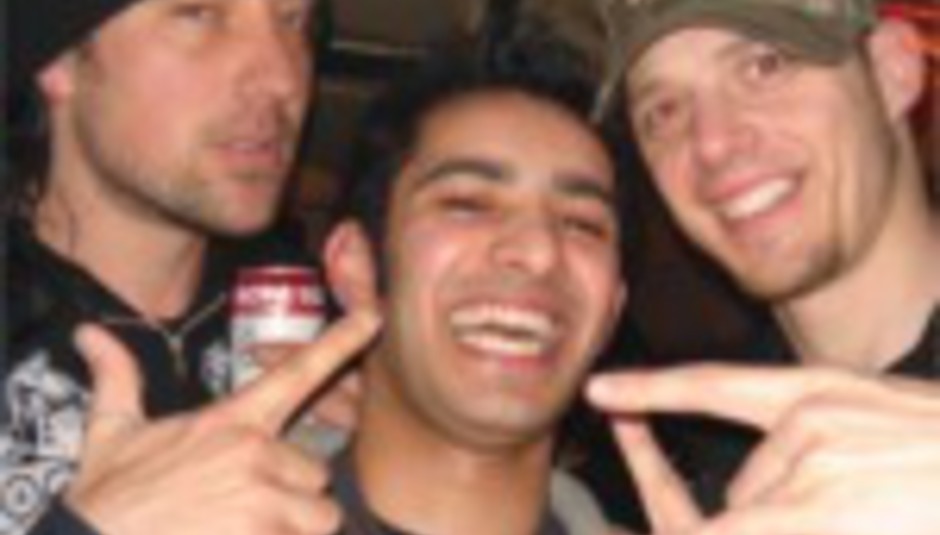 Will Haven will tour. In April.

Look! A picture of DiS's own Raziq Rauf with two members of Will Haven. Why is this on your internet today? Because the band in question - that's Will Haven 'case you missed it, just there, with that bit about Raz - are touring! In April. Fact.

The Californian quartet will hit the UK for a series of headline dates following a support tour with Deftones around Europe in March. At the moment, the band are working on the follow-up to 2001's acclaimed Carpe Diem LP. It has no title as yet, but will be out later this year. Fact?

Will Haven have a MySpace, here. Add dates to your gig calendar here, and be sure to keep an eye out for Raz groping t'other two band members in London...