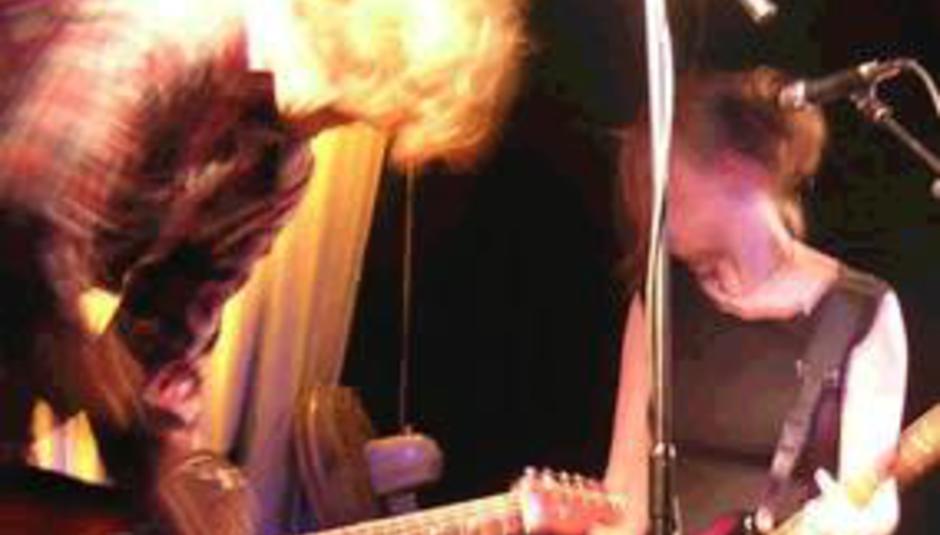 It’s with great, great pleasure that we can announce to you our quite, quite remarkably rocking line up for this Saturday’s DiS Does RoTa extravaganza. While last week attracted introspective moths to the flame of understatement and soul-bearing songwriting, this week we present to you: The Rock.

Aren’t playing. But these guys and girls most certainly are (running times are estimates – get in early or risk missing out)...

Akira are Joel, Gbenga and Sarah. They rock like most post-prefixed outfits don’t. In short: come, see, ‘cause they rule. Lots.

“Akira approach the more progressive end of rock with blend a tight combination of sharp razor guitars that collapse into distortion, dark and disturbing nightmare bass undertones and tribal drumming…”

Artrocker
“ Live they're really something, bristling with more effects pedals than a three piece has any right to and making avant-garde chaotic noises that become songs before going back to noise…”
I Shot The Deputy

Mystery Meat are Tracy, Alex and Adrian. They may have been in other bands prior to the rockin’ might of MM, but we’re not about to sink to that level of plugging… Okay, we are, and said bands are Ikara Colt, Blood Valley and the twin-drumming absurdity of Beach Buggy. Nice. We’ve been hearing some pretty positive things about this trio, so prepare to be impressed.

Mystery Meat will play at 5.30

Bursting out of the twin towns of London and Brighton like some kind of dazzling hardcore firework the size of a Death Star, Navajo Code – Matt, Matt, Burton, Benny and Rich – are ripe ‘n’ ready to bludgeon senses with their bristling post-hardcore histrionics. Tours and shows with Planes Mistaken For Stars, My Chemical Romance and Million Dead have honed their talents to a tee; expect sparks to erupt into towering infernos of punk rock fury. Their debut album, Remove.Repair.Replace, was released at the start of September.

Drowned In Sound
“Intense post-hardcore tempered by the maturity that comes with substantial experience at this level – impetuousness is reigned in and professionalism abounds.”
Rock Sound

October All Over number four: Neil, Paul, Sophie and Graham. Theirs is a rock on the rise, all spiked and devilish, yet with melody enough to placate the pop-rockers straying too close to their amplifiers. A debut album, The 16 Channels, was recently exhumed by Filthy Little Angels to extremely positive critical reviews, and a new single, ‘2005 BC’, is released next month through Integrity. It’s nice ‘n’ red, we’ve seen it. Suffice to say we’re really excited to have them headline our most rockin’ of events.

“Ambitious, melodic and energetic… great promise for the future.”

October All Over will play at 7pm

The Bonus Extras Of Loveliness And Joy

Darren Taylor, editor of the esteemed Rock Sound magazine, will DJ from doors until Akira take the stage. We’ve seen some of what he’s got in mind and it’s brutal. Bring earplugs. Also on deck duty will be Das Gink and DJ CrabbyCrab, better known to their mothers as entirely different people. Pirate hats and eye patches might be worn, if we can find them.

Like that wasn’t enough to persuade you to leave the Ashes for one afternoon (it’ll probably be raining anyway), beer and wine and cocktails and all that boozy jazz is priced at Happy Hour rates for the duration of the show. So, bring a tenner, drink it, dance a bit, go home with a beaming smile and tinnitus. Could you ask for anything more?

DiScuss: So, who’s in? This is a pretty special line up if we do say so ourselves. Be fair, we’re gonna win the Ashes anyway…