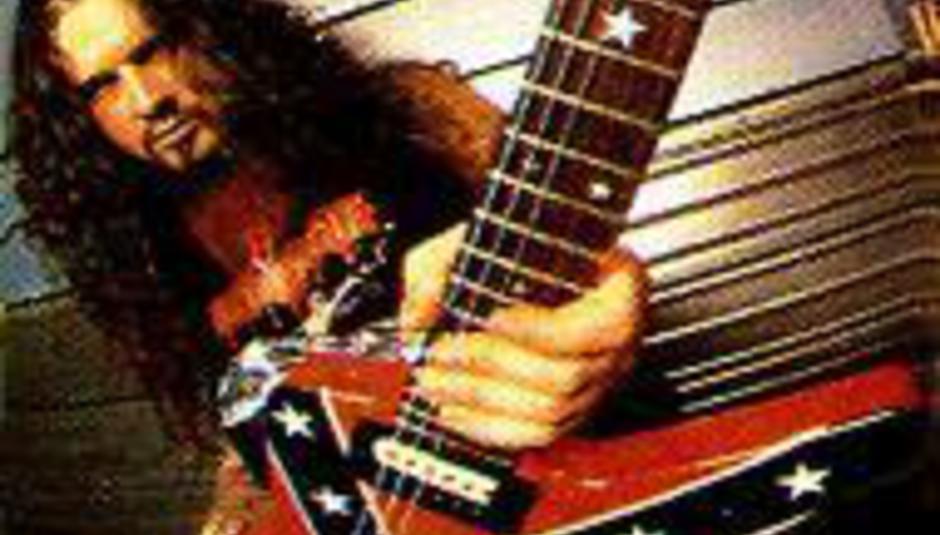 by DiS News August 18th, 2005
A solo by late Pantera/Damageplan guitarist Dimebag Darrell (pictured) is to make an appearance on the new album from soft rockers Nickelback, All the Right Reasons.

The previously unreleased riffin', 24 seconds worth of it, is actually a compilation of various licks assembled by Pantera drummer and Dimebag's brother, Vinnie Paul. They were outtakes from the Pantera albums Vulgar Display of Power and Far Beyond Driven.

Nickelback's singer Chad Kroeger said: "I was very upset, and for two months if I saw his (Dimebag's) picture somewhere I would get angry. It wasn't as though he'd been killed in some sort of accident. He was taken in such a horrible, malicious way that just made it more painful."

The song in question is titled 'Side of a Bullet', and is apparently sung from a Pantera fan's perspective.