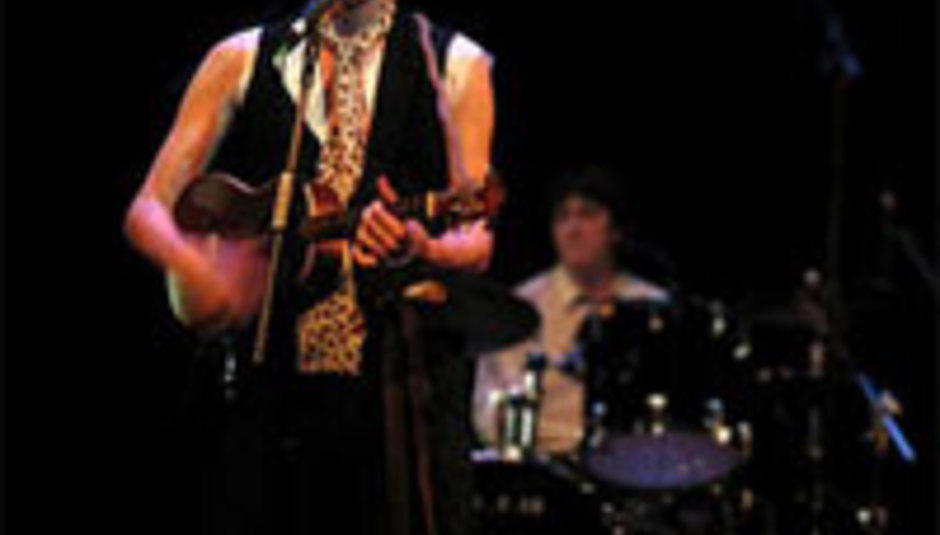 Following an awful lot of gossip in recent weeks, Patrick Wolf has released a statement through his PR company explaining the details of his arrest and subsequent bail last year. The statement reads as follows:

"Patrick Wolf is on police bail until August 3rd after being accused of burglary of jewels from a next-door neighbour's house on July 25th, 2004. Patrick is completely innocent but caught up in circumstancial evidence. At the same time of the burglary in Wandsworth, London last year, Patrick suffered a serious injury to his right arm after falling down a flight of stairs around midnight of July 24th.

While falling Patrick tried to steady himself and ended up putting his arm through a window on the landing and fell unconscious. He was taken to hospital and on the return home that morning, his neighbour had their alarm ringing. The house was broken in to and jewels had been stolen. Because the burglars made attempts at breaking into the house by smashing a window and Patrick had been asked to keep an eye out on the house and was also in possession of a set of keys, the C.I.D have had to take the matter seriously.

Patrick was arrested, fingerprinted, DNA'd, put in a cell and will have to return to the police on August 3rd. The evidence actually gives Patrick his alibi, but due to police procedures, he apparently had to be arrested. Patrick is expected to be cleared on the 3rd."