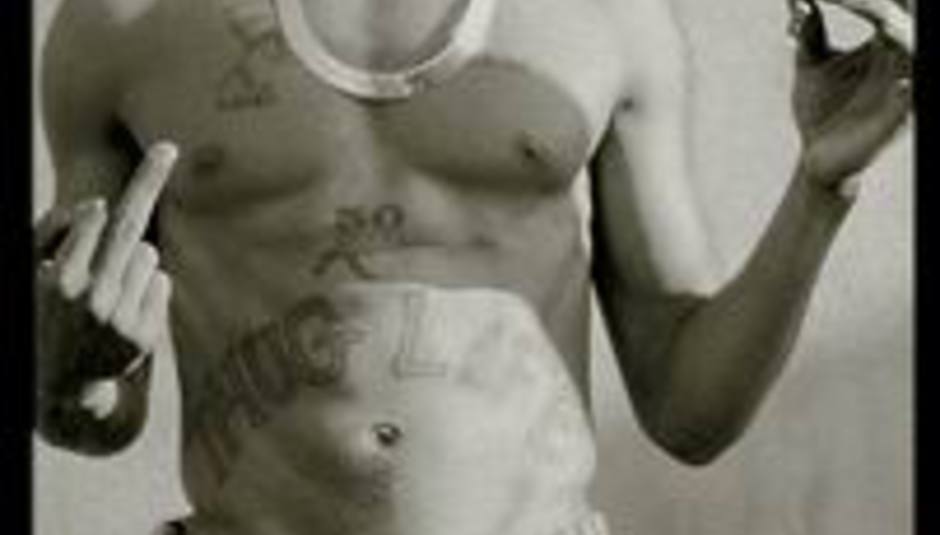 by Steve LMAO June 27th, 2005
Good day to you, my hearty chart-lubbers. This week for the first time in many, we find ourselves presented with a vibrantly active Top Ten, with six places being occupied by brand new entries! The most important news obviously being that summer festival anthem 'Axel F' from former prog-rock hero Crazy Frog has been dislodged to make way for the effortless stylings of dead rapper Tupac and his almost-dead posthumous buddy Elton John. Splendid. Other Top Ten entries include Missy Elliot at 7, 50 Cent at 10 and a good showing for mildly OK indie-rock scamps Hard-Fi at 9.

Not as much 'action' further down, with Stereophonics' 'Superman' putting in a caped appearance at 13 and Glastonbury-slot-missers The Subways giving 'Rock & Roll Queen' a jolly good bash to the number 22 slot.

In the more distant throes of stardom, we find Ladytron brushing the bristles of the beard of the Top 40 at 45, with Simple Plan pop-punking it large at 49. Ocean Colour Scene slowly begin to realise that Britpop finished a few years ago with 'This Day Should Last Forever' making 53, closely followed by Steve Harley & Cockney Rebel's re-issue of 'Make Me Smile' to coincide with their Glastonbury performance at number 55.

More slightly obscure entries at 59 for Be Your Own PET and Tom Vek's congestion-charge anthem 'C-C' at 60.