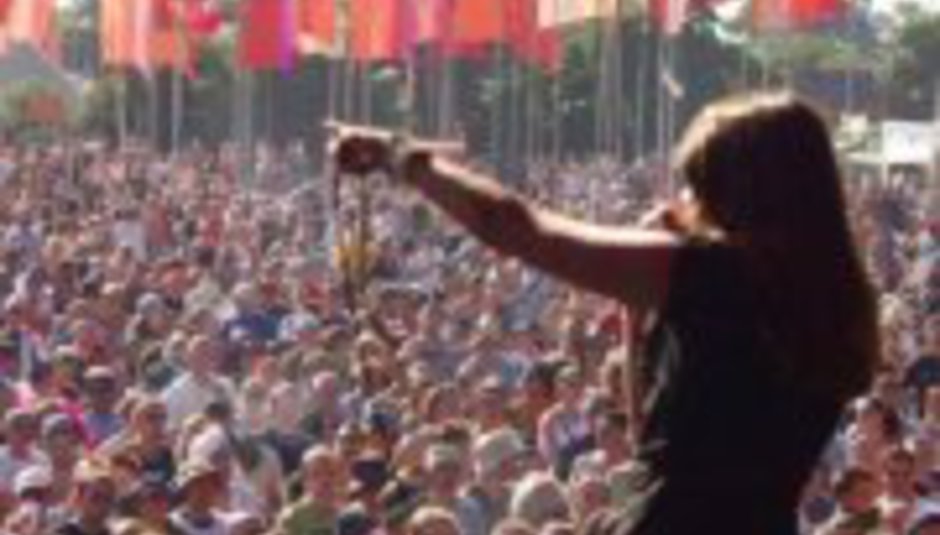 by DiS News June 23rd, 2005
Hello, it's thursday afternoon and DiS is preparing for Glastonbury... so before we go, here's some snippets of news and info... Firstly, we're pretty gutted to report that Ryan Adams has pulled out of appearing on the Sunday due to illness. Apparently it's an ear infection. We've no idea whether he's going to fulfill his other UK commitments next week, but it seems unlikely...

Weather wise, it was super-warm on site today and is still likely to be quite warm and humid on Friday. However, there's the distinct possibility of some very heavy showers during Friday morning before it turns drier, fresher and cooler during the afternoon. BBC Weather, our new festival meterological gods tell us that you can expect some light rain to drift across the site during the afternoon, but this should clear before the bigger bands take to the stages during the evening. Sunday is expected to be dry and bright without being particularly warm.

Which, if you were at Glasto at the tail end of the nineties, or even last year, is positively wonderful weather.

DiS-wise, there's some sort of clever Martha Wainwright action on the go, with her performing on every stage available - check it...

We should also take a second to big up the Square Pie tent/Lock Tavern pub thing which will have secret guests performing late at night. Proper, decent bands like. Which is cool. Go search it out. That's our tip. Oh, and mushrooms...