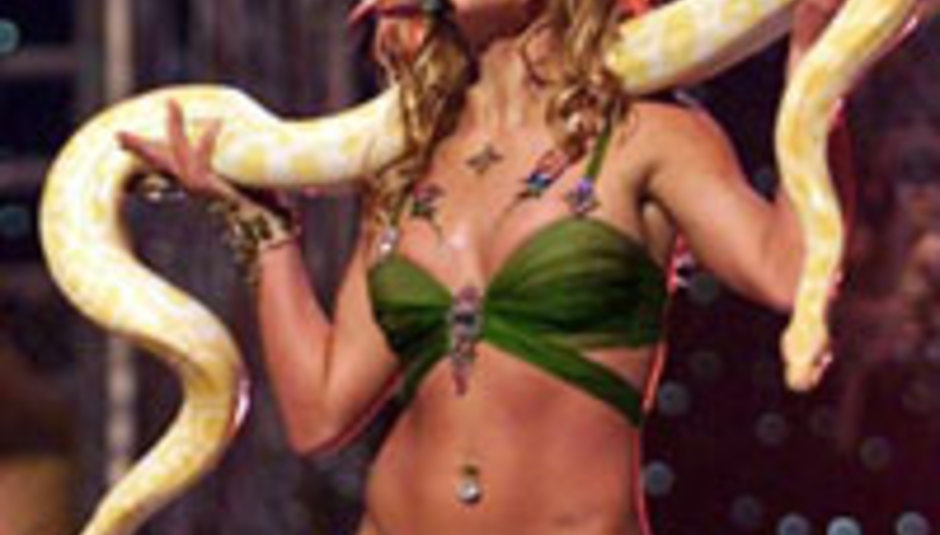 by Mike Diver May 12th, 2005
Mum-to-be Britney Spears, pictured wearing a reptile, is being sued by an Indiana-based songwriter over copyright infringement.

Steve Wallace claims that he wrote Spears' song 'Sometimes' in 1990 before entering it in a lyric contest in 1997. Spears' version was released in 1999, formally copyrighted by her representatives without a mention of Wallace. Thus, he's pissed.

Although his claim for copyright of the song was not made until 2003, representing lawyers have stated that Wallace executed a 'poor man's copyright' in 1990 by mailing himself a copy. Wallace has also claimed that Spears emailed him to say that it is his song but there's nothing she can do to alter the copyright.

Spears, her label SonyBMG and her publishing company are all to be sued after settlement talks failed. Neither label nor Spears have yet made an official comment.