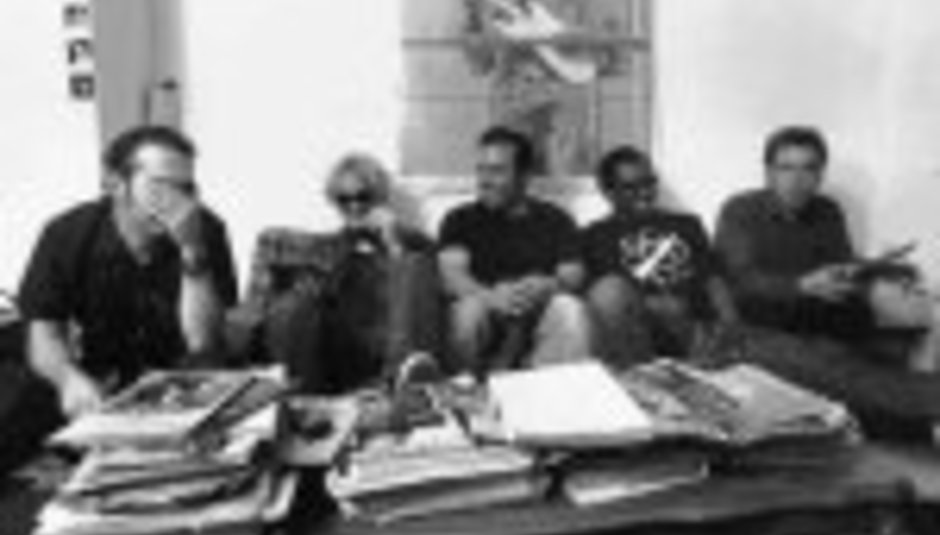 The Dirtbombs go off...

by John Brainlove April 16th, 2005
Detroit rock 'n' roll royalty The Dirtbombs are set to go off in the UK this May/June, with a tour and a double album on the way.

52-song double-CD ‘If You Don’t Already Have a Look’ (released June 6th on In the Red) collects together rare singles, remastered b-sides, compilation tracks, unreleased older recordings, and 8 new songs to boot. And if that wasn’t enough, a handsome 24-page booklet of photos and notes by the band augments the ass-shaking music on the CDs.. AND you can join in the chaos in May and June on the band’s UK tour!

The Dirtbombs are surely one of the world's baddest rock 'n' roll bands - make sure you catch their Dangerous Magical Noise this time around...