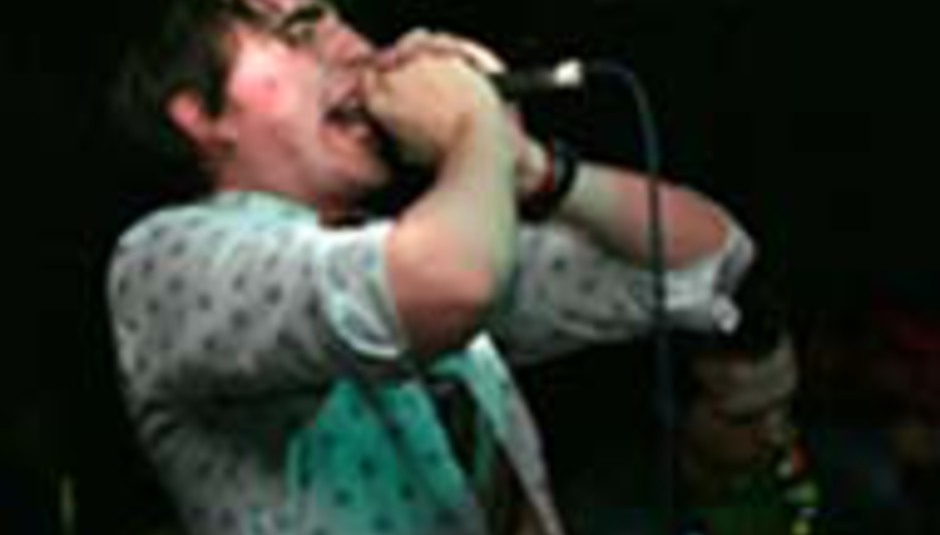 by [redacted] March 21st, 2005
Not-really-from-New Cross-actually punkas Art Brut release new single 'Emily Kane' on May 2nd, preceeding debut album 'Bang Bang Rock And Roll' on May 23rd. These slices of aural joy are brought to you by the label Fierce Panda. Well done them.

Although they recently finished a UK tour, the band are set to tour again in May. Stay tuned for dates.

Drummer Mike will be hitting things (drums) for Ciccone at the DROWNED IN SOUND 'BAD FRIDAY' ALLLDAYER on March 25th at Brixton Windmill. Yes, that is a plug/reminder.

Also, the mysterious Gatti Gang play the same venue on March 31st with Prozak, Rhesus and the why-aren't-they-signed-yet fops Luxembourg. Hmm, might go to that. Alex Prozak writes for DiS, y'know, and it's his sweet 16th that day.

DiScuss: Has your little brother just discovered rock and roll?