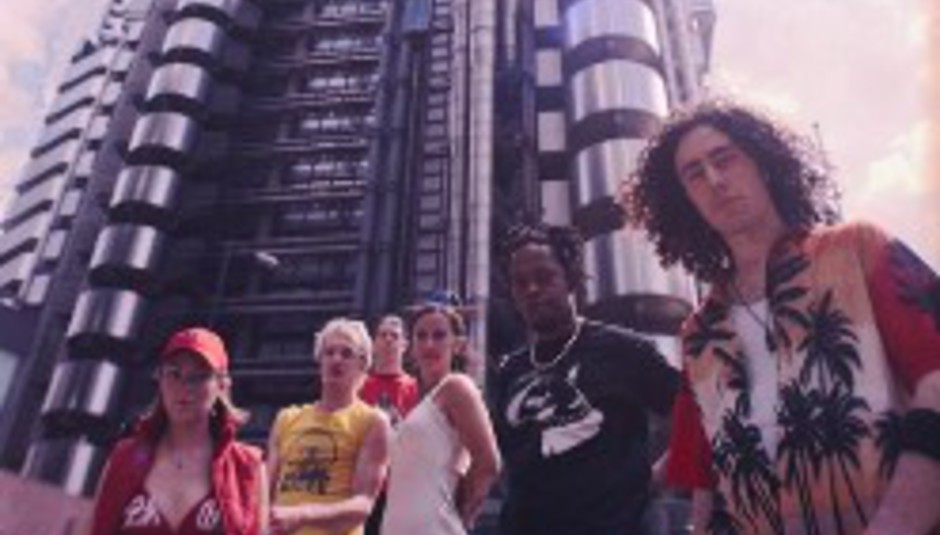 Big guns out for Hedonistic this Friday

It takes place at Bar Academy Islington, Parkfield Street, N1 near Angel Tube from 7-11pm. Club Seal – London’s finest indie disco - will run through the night from 11pm with £1.50 pints. It’s free to stay on!

Hedon set up the night last September to showcase quality new acts from around the UK. Editors, The Boxer Rebellion, Redjetson, Ludes, Echelon, Fleeing New York, 28 Costumes, We Will Be Pilots and The Boyfriends are among just a few who have played. It's a role-call of quality.

Doors are at 7pm and fans are advised to turn up early. First act on stage at 7.30.

Weapons Of Mass Belief (headlining at 10pm)
A riotous and thrilling live act, Weapons are a cross between 'Dead Kennedys and Rage Against The Machine' say Kerrang! and 'Supergrass crossed with Eminen' if you believe the NME. Tipped by Telegragh and Kerrang for 2005 and being played by Zane and Lamacq on Radio One and XFM, it’s politically tinged rock, with driving melodies and intelligent, relevant lyrics.
www.weaponsofmassbelief.com

Gary Dunne
With his debut LP ‘Top Twenty Fiction’ top 20 in the Irish charts, Gary Dunne is off to a flyer of a year. His infectiously beautiful and quite inimitable style lit up last year’s ITC. Looping acoustic guitar and vocals, the solo singer-songwriter creates sounds well beyond his station. Warping melodies and vocal backing, he’s a one man acoustic orchestra that draws you in, lifts you up and smiles as you drift. Not to be missed.
www.garydunne.com

Hedon
The Fly says: “One of London’s most promising unsigned acts. Truly massive soundscapes and anthems like Doves on a Muse tip.” Full of epic soundscapes, they’re the polar opposite of most bands around. Joyous melodies filter over sensitive guitars and piano hooks. Definitely ones to watch. Hedon will be playing a stripped down acoustic set of new material.
www.thehedon.co.uk

Termites
Termites emanate from the Stokes Croft area of Bristol. Harnessing the power of the dark arts, they like to wow audiences with their very own brand of psychedelic death pop. The snappily dressed Termites have been making quite an impression at venues all over the country with their exciting, energetic and powerful live show.
www.terminaltermites.co.uk

Piranha Deathray
Stoke Newington's most disaffected comrades bring their fearsome white-suited and moustacioed poli-rock to clubHEDONISTIC. They sound like something unpleasant happening to someone you love, a private pain inflicted with guitar, double bass and peculiar hair. "Wouldn't it be great to live in a universe where good always vanquished evil? Like the very existence of a band with the name Piranha Deathray." - Steven Wells. "No one is making music like Piranha Deathray at the moment" - NME
www.piranhadeathray.com

The next clubHEDONISTICs will take place on Friday 15th April then Friday 13th May with confirmed acts including Element, Sixstarhotel, 28 Costumes and Seachange.

Booking enquiries and the postal address are at www.clubhedonistic.com